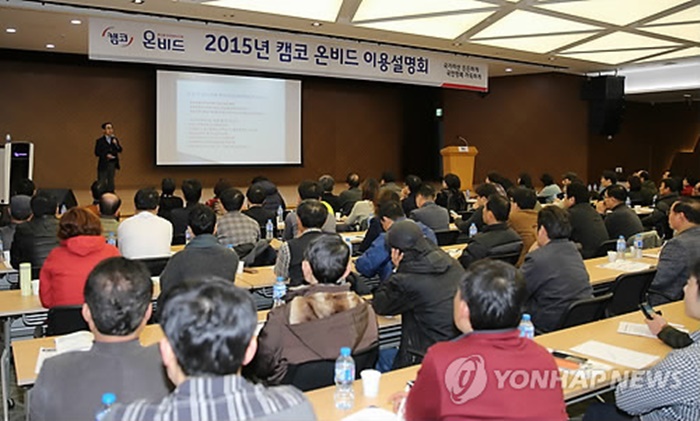 A sum of 7.3 trillion won was exchanged through the website last year, with the total amount of all bid prices in the past amounting to 58.7 trillion won. (Image: Yonhap)

SEOUL, March 20 (Korea Bizwire) – A public online auction system called “Onbid” is seeing a growing number of users, according to the organization behind the website, the Korea Asset Management Corporation (KAMCO).

Onbid, an auction service which began in 2002, was introduced to make it easy for both buyers and sellers to bid and sign contracts for items owned by various government bodies, including private property seized by the government for foreclosure or tax sales.

Last year alone, around 190,000 people bid for various items of government property on the website, ranging from horses and patrol boats to used cars, jewelry, and gift cards, up by more than 25 percent from the corresponding figure for the year before (150,000).

n 2014, former President Chun Doo-hwan’s real estate property and jewelry were put up for auction by police after the politician failed to pay a fine imposed for illegal possession of property.

Government-owned real property assets were also up for sale, including apartments, office buildings, and shops.

Around 16,000 government bodies actively participate in the auction to sell their property to the public.

A sum of 7.3 trillion won was exchanged through the website last year, with the total amount of all bid prices in the past amounting to 58.7 trillion won.