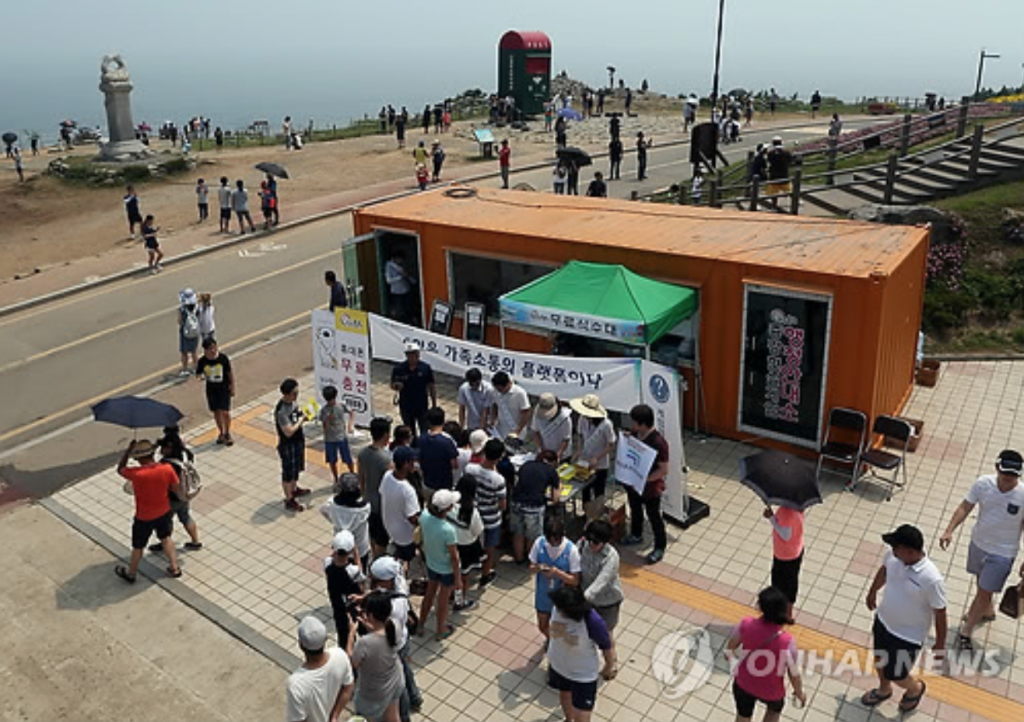 To begin with, the committee surveyed 300 Pokémon Go players it encountered in Ulsan to determine the gamers’ dominant age group, service satisfaction, experience and awareness of AR game-related safety accidents, and the importance of safety guidelines. (image: Yonhap)

ULSAN, Aug. 3 (Korea Bizwire) – Pokémon Go may not make its official launch in Korea for a while, but its popularity here continues with fans flocking to areas across the peninsula where a GPS glitch in the game has allowed for its operation.

Ulsan’s Ganjeol Cape is among the locations that have accumulated hundreds, if not thousands, of Pokémon hunters. But on Tuesday, Korea’s Game Rating and Administration Committee (GRAC) visited the location to examine how players are engaging themselves in the AR game, which has been subject to various safety risks overseas. GRAC is a public institution established in 2013 to promote a healthy gaming culture while preventing the distribution of illegal games.

To begin with, the committee surveyed 300 Pokémon Go players it encountered in Ulsan to determine the gamers’ dominant age group, service satisfaction, experience and awareness of AR game-related safety accidents, and the importance of safety guidelines.

The survey, according to the GRAC, will be used to establish policies such as safety guidelines and rating standards for AR and VR videogames.

“We saw that teenagers and younger children were the principal users of Pokémon Go,” said a committee official. “The purpose of our study is to prevent accidents that may result from games like Pokémon Go by thoroughly understanding how users are engaging in the gaming experience.”

The GRAC also promoted safety advice by handing out leaflets providing precaution information for AR gamers. The leaflet guidelines, which were inspired by real-life incidents and accidents that occurred in the month since Pokémon Go’s release, included ‘don’t play games while driving’, ‘be aware of your surroundings when walking’, ‘don’t access dangerous areas’, and ‘refrain from entering private property’.

The group also emphasized and encouraged a safe and healthy gaming culture, hanging up slogans that read “A videogame is just a game, don’t bet your life on it!”, and “Videogames are a communications platform for families!”.

“We don’t currently have standards for rating AR games in Korea,” said Yeo Myung-sook, chairwoman of GRAC. “We’ll establish a policy that provides guidelines for AR content production and maintenance, so we can continue our efforts to nurture a healthy gaming culture.”