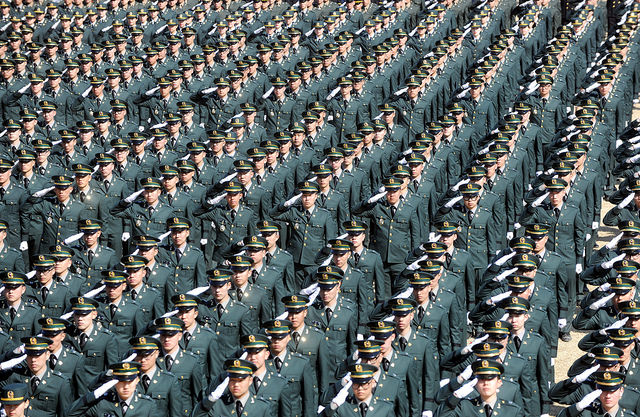 The Korean military academies for the army, navy and air force, which have yet to disclose their competition rates, are likely to see similar increases for the 2017 academic year. (image: Flickr/ Republic of Korea Armed Forces)

SEOUL, July 28 (Korea Bizwire) – An increasing number of college applicants are applying to police academies and military schools. The unrelenting economic downturn, leading to prolonged low employment rates for college graduates, has led more youth to consider a career in the military or as a police officer, both of which are seen as offering stable jobs, according to experts.

According to statistics provided by Jongro Academy Haneul Education, a total of 4,394 individuals applied to the Korea Armed Forces Nursing Academy for 85 available positions this year, resulting in a competition rate of 51.7 to 1. Last year’s rate was 35.6 to 1, and it is the highest rate since 1982, when the academy adopted a four-year school system.

The Korea National Police University also experienced a similar phenomenon this year, with a competition rate of 113.6 to 1 for 100 openings, the second highest rate in the university’s history. The rate for women applicants (10 openings) was 315.8 to 1, setting a new high.

The Korean military academies for the army, navy and air force, which have yet to disclose their competition rates, are likely to see similar increases for the 2017 academic year. The rate for the Korea Military Academy was 22 to 1 last year.

“The popularity of the TV series Descendants of the Sun seems to have triggered high interest in military careers, which we believe played a significant role this year,” said an official from Jongro Academy.