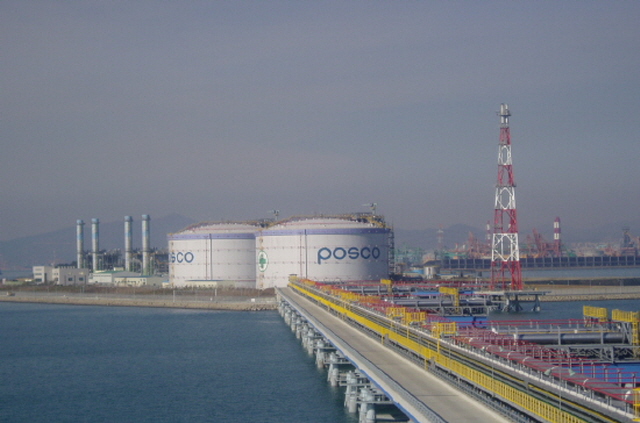 Carbon-neutral LNG emits zero carbon by canceling all carbon dioxide emitted throughout all phases of production and supply of natural gas with carbon credits earned through forestry or other renewable energy industries.

POSCO purchased the gas from German energy company RWE through its trading branch in Singapore.

The newly purchased LNG was shipped from Australia, arriving at the LNG Terminal at POSCO’s Gwangyang Plant on March 19. The gas will be used to supply electricity to the plant.

Carbon-neutral LNG is more expensive as companies have to pay to offset carbon emissions, and has yet to gain widespread popularity.

POSCO began negotiating carbon-neutral LNG transactions with RWE to fulfill its goal of reaching carbon neutrality by 2050, and first agreed to purchase 64,000 tons of carbon-neutral gas.

POSCO’s carbon-neutral LNG transaction comes after GS Energy made the country’s first purchase in July 2019, becoming the 10th enterprise in the world to make such a transaction.