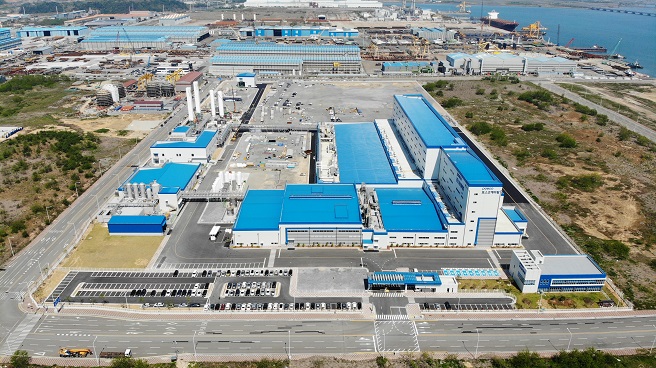 The decision, reached at a board meeting earlier in the day, enables POSCO Chemical to invest 26.1 billion (US$22.1 million) in Inner Mongolia Sinuo New Material Technology Co. and participate in the management of the company, the company said in a regulatory filing and press release.

Sinuo has an annual production capacity of about 20,000 tons of the key material used in lithium-ion batteries. POSCO Chemical will hold the exclusive right to sales of Sinuo products in the South Korean market.

The synthetic graphite anode material touts its stability, as it is manufactured at a high temperature and thus makes the EV battery more durable and faster at charging.

POSCO Chemical said it expects the stake purchase will help the company boost its presence in the domestic anode market. As of 2020, POSCO Chemical ranked fourth with an 11 percent market share in Korea.

POSCO has been pushing to boost its EV battery materials business in recent years as part of a diversification strategy.

POSCO Chemical is building a factory in the southern port city of Pohang to expand its cathode material production with an annual capacity of 16,000 tons.