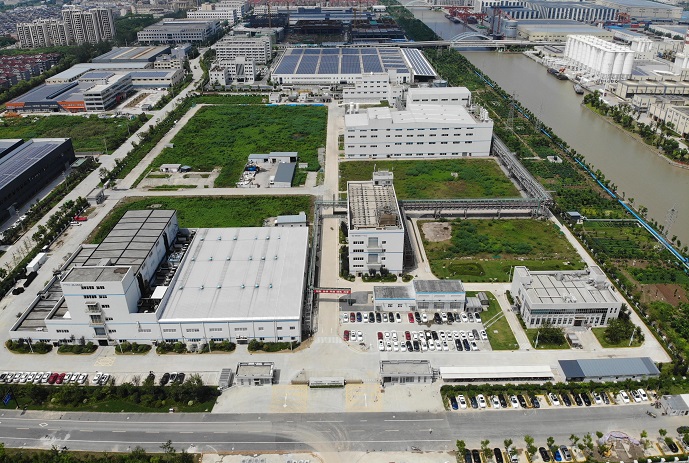 SEOUL, Aug. 25 (Korea Bizwire) — POSCO Chemical Co. said Wednesday that it will invest 281 billion won (US$241 million) to boost production capacity of cathodes and precursors in China in the first overseas project for key components for electric vehicle (EV) batteries.

The decision by the unit of South Korean steel giant POSCO represents an expansion of a plant run by two separate joint ventures between POSCO and Huayou Cobalt, China’s largest cobalt producer.

POSCO Chemical said it will break ground for the expansion of the plant in the second half of this year in Tongxiang in China’s eastern province of Zhejiang.

The new plant will have an annual production capacity of 30,000 tons of cathodes and precursors, respectively.

Currently, POSCO’s two joint ventures with Huayou Cobalt have an annual production capacity of 5,000 tons of precursors and cathodes, respectively.

A precursor is a compound that participates in a chemical reaction that produces another compound. A cathode is one source of lithium in a lithium-ion battery and is also a key component of EV batteries.

Zhejiang Huayou Cobalt is the supplier of about 50 percent of the global demand for cobalt, a core material needed to produce lithium ion batteries. It also has its own cobalt and nickel mines, according to POSCO.

POSCO Group has been pushing to boost its EV business in recent years as part of a diversification strategy.

In July, POSCO Chemical announced a plan to invest about 600 billion won from 2022 to build a new cathode materials plant with an annual capacity of 60,000 tons in South Korea’s southeastern port of Pohang.

POSCO Chemical currently operates cathode materials plants in the southeastern industrial city of Gumi and in the southern port of Gwangyang.

In December, POSCO agreed to buy a 15 percent stake in Black Rock Mining, an Australia-based graphite producer, for $7.5 million.

The deal will pave the way for POSCO to secure graphite fines, a material required to make anodes, according to the steelmaker.