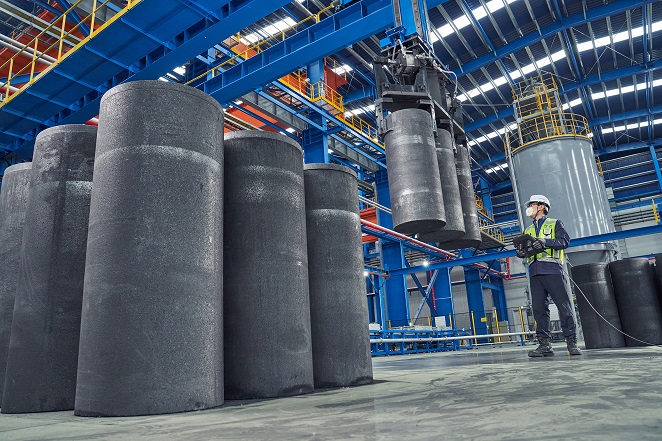 POSCO Chemical will supply US$688.6 million worth of artificial graphite, a material used as anodes in lithium-ion batteries for electric vehicles, to Ultium Cells LLC, over six years starting in 2023, the chemical unit of steel giant POSCO Holdings Co. said in a release.

The synthetic graphite anode material touts stability, as it is manufactured at a high temperature and thus makes the EV battery more durable and faster at charging.

In December, POSCO Chemical completed an anode factory capable of producing 8,000 tons per year at its Pohang complex, about 370 kilometers southeast of Seoul, as part of efforts to boost domestic production.

POSCO Chemical has been accelerating the push for EV battery materials production as a company that produces both cathodes and anodes. It has bagged two other supply deals, worth a total $17.8 billion, to provide cathode materials to GM.

POSCO Chemical said it plans to expand global production capacity of anode materials to 320,000 tons by 2030, from the current 82,000 tons.