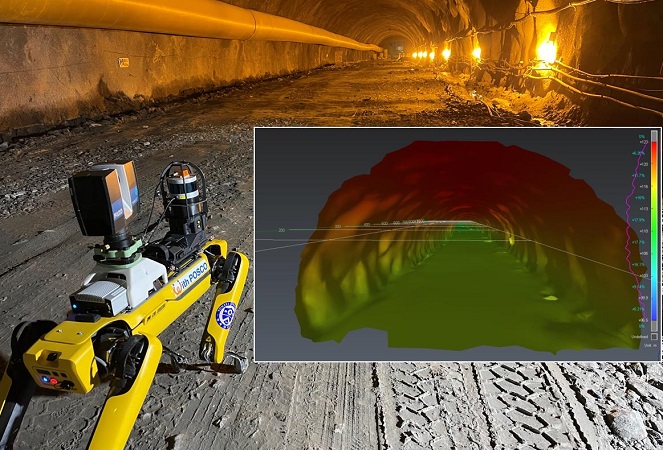 The company said Thursday that it had decided to use a walking robot mounted with LiDAR and a high-performance camera to examine construction errors and cracks inside tunnels. LiDAR is a system that uses a laser beam to assess the terrain.

After blasting, the walking robot will play the role of preventing accidents by checking dangerous factors, including the risk of rock falls, before workers enter the tunnel.

The walking robot has four legs instead of wheels, and is thereby able to move over rough terrain with obstacles.

Accordingly, it has been used for military purposes or in dangerous environments, including detecting gas leaks at oil drilling sites.

“We’re actively introducing smart construction technologies such as unmanned robots and drones as part of efforts to protect the safety of workers as well as to improve work efficiency,” an official at POSCO E&C said.