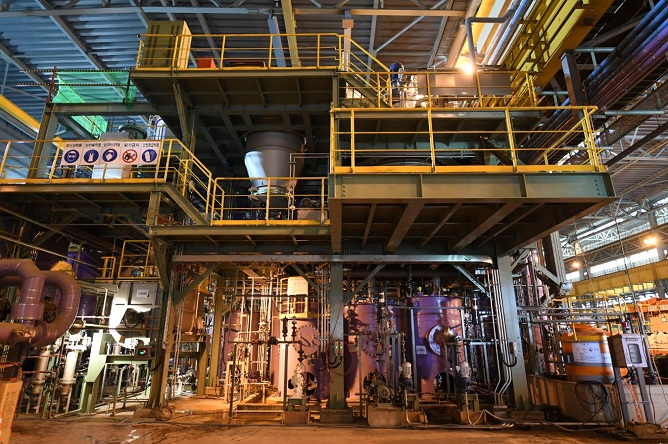 POSCO said it has recently finalized a deal with Pilbara Minerals Ltd., a major lithium mining company in Australia, to set up a joint venture in Gwangyang, South Jeolla Province, that can produce 40,000 tons of high-quality lithium a year, which is enough for 400,000 EV batteries.

The two sides will reportedly invest 800 billion won (US$661 million) to build the facility, with POSCO taking a 79 percent stake in the JV. POSCO expects the new lithium plant to be completed in 2020.

Lithium is a key cathode metal used in EV batteries. POSCO predicted that the global lithium demand will rise to 820,000 tons in 2025 from the current 250,000 tons.

Last August, it also inked a deal to buy lithium mining rights in Argentina from Galaxy Resources for $280 million.

POSCO is also planning to build a lithium plant in Argentina with an annual capacity of 25,000 tons.