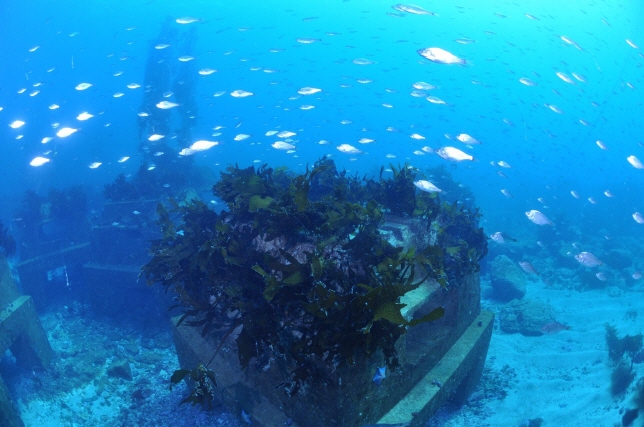 SEOUL, May 29 (Korea Bizwire) — South Korea’s top steelmaker has created a 0.4ha marine afforestation in the offing sea of Ulleung Island in the East Sea.

POSCO said Thursday it had installed 100 Triton artificial reefs and 750 Triton blocks made of steel slag, a by-product of steel making, off the coast of Ulleung Island to create a marine afforestation.

The 100 Triton reefs will be installed on the edge of the marine afforestation, where algae will grow, and 750 brick-shaped Triton blocks will be piled up in the center to serve as fish habitats and spawning grounds. 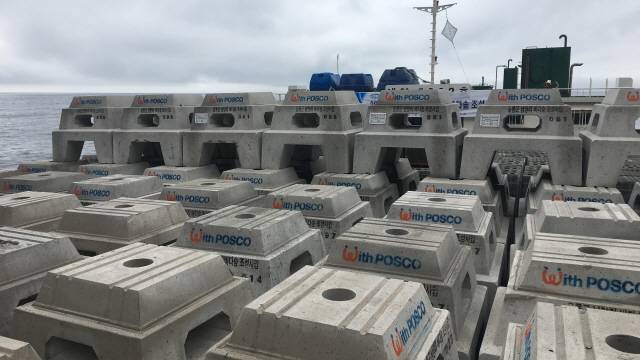 Triton is the god of the sea in Greek mythology, and is an artificial fish reef brand developed by POSCO to preserve marine life while making use of steel slag, part of a collaboration with the Research Institute of Industrial Science & Technology.

Steel slag has a higher mineral content, such as calcium and iron, which is more useful for marine ecosystems than ordinary aggregates, and helps to promote the growth and photosynthesis of algae.

POSCO explained that the Triton marine afforestation also has a blue carbon effect that absorbs and stores carbon dioxide on the seabed through marine plants and deposits.