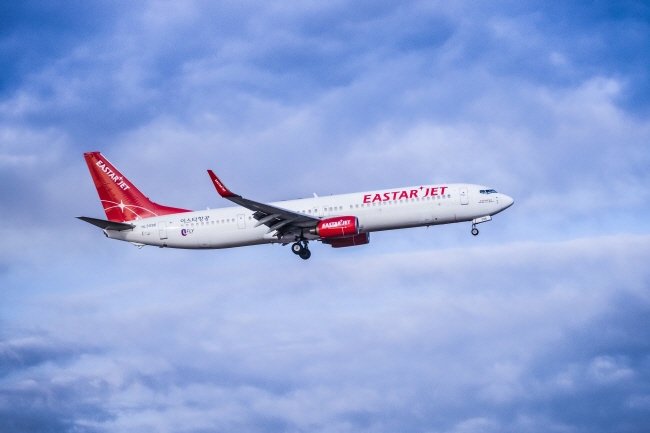 This photo provided by Easter Jet Co. shows the company’s aircraft in service.

On Monday, a consortium led by local underwear company Ssangbangwool, Inc. attended the auction to become the sole bidder with a price tag of about 110 billion won (US$97 million), a person with direct knowledge of the matter told Yonhap News Agency over the phone.

“Preliminary bidder Sung Jung submitted the acquisition price of 100 billion won (which is lower than Ssangbangwool’s) for Eastar. But it has decided to sweeten its bidding price higher than the one offered by Ssangbangwool,” he said.

Unlike the Ssangbangwool consortium, which needs to team up with financial investors to acquire Eastar, Sung Jung is able to fund the deal with its own cash, they said.

“We have notified the bankruptcy court of our decision to exercise our preferred rights to buy Eastar and are waiting for the court’s reply,” Sung Jung Chairman Hyoung Nam-sun said.

The bankruptcy court approved the corporate rehabilitation process for the carrier in February.

Sung Jung, the stalking horse bidder, has been selected as the preferred bidder to buy Eastar even though there is a bidder that submitted a price higher than its price.

In the stalking horse bid, Eastar picked Sung Jung as the preliminary preferred bidder ahead of an auction, in which other bidders submit their prices. 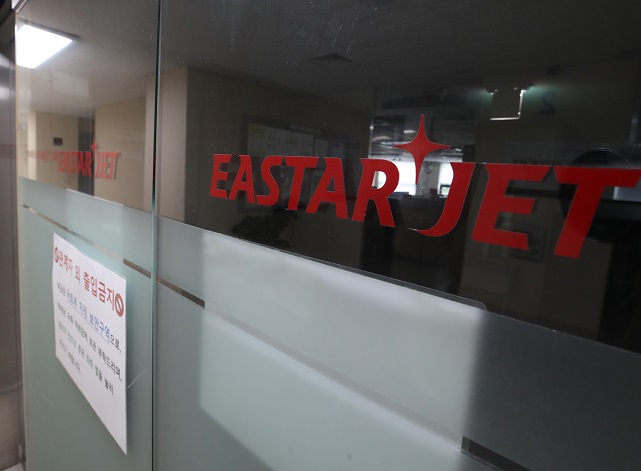 If the stalking horse accepts the highest price, Eastar will fall under its control. If not, the company that offered the higher price will take over Eastar.

Once selected as the official preferred bidder, Sung Jung will conduct due diligence on Eastar for two to three weeks and sign a deal to buy the low-cost carrier in July.

Eastar is required to submit its debt-repayment and other rehabilitation programs to the court by July 20, which was delayed by two months.

The carrier has said it aims to receive an air operator certificate (AOC) from the transport ministry once the Seoul bankruptcy court accepts its rehabilitation program to resume domestic flights within this year.

Eastar has suspended most of its flights on domestic and international routes since March last year due to the coronavirus’ impact on the airline industry, and its AOC became ineffective in May 2020.

It has had difficulties in finding a strategic investor since July last year, when Jeju Air Co. scrapped its plan to acquire the carrier amid the prolonged COVID-19 pandemic.