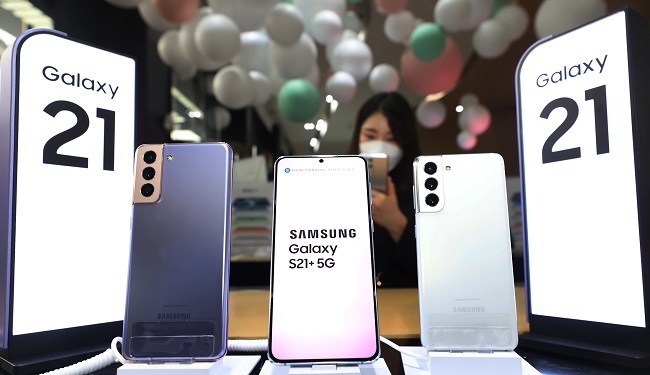 Preorders for the Galaxy S21 series are expected to be 15-20 percent more than those of the Galaxy S20 family, according to industry officials, apparently on the back of increased orders for unlocked phones.

Industry insiders said the S21 preorders through local mobile carriers are projected to be similar to those of the S20 in 2020, but early sales of unlocked smartphones are estimated to have tripled from a year ago.

Last year, unlocked phones accounted for 10 percent of total preorders for Galaxy devices, but this time, the portion reportedly jumped to around 30 percent, industry sources said.

Unlocked phones refer to mobile devices that are not tied to mobile carrier contracts, meaning that consumers do not have to necessarily sign up for expensive 5G monthly plans or additional services when they get the handset.

Samsung added more color options for its unlocked S21 Ultra, the high-end model of the S21 line, to attract more consumers who seek to buy the smartphone on their own.

The S21 Ultra, which supports the S-Pen stylus, is the most preordered model, industry insiders said. Grey is the most selected color for the entry-level S21, while black was the most popular color for both S21+ and S21 Ultra, they added. 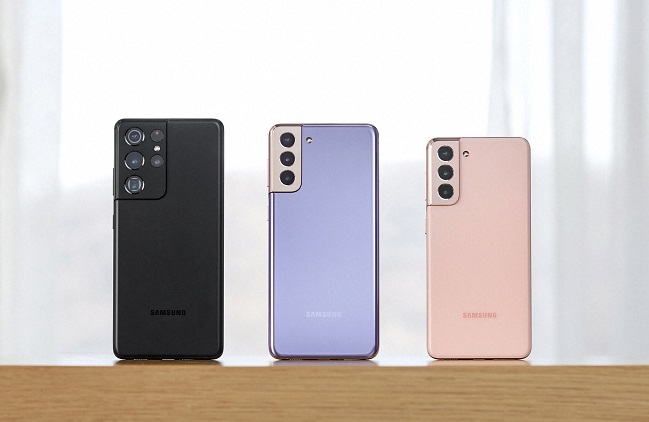 Although its preorder volume appears to be promising, market watchers said the number will be still less than that of the S10 series in 2019 and that the base effect needs to be considered, pointing out that the S20 preorders last year were poor due to the novel coronavirus outbreak.

According to industry researcher Counterpoint Research, the Galaxy S21 shipments this year are expected to be 30 percent lower than those of the S10 in 2019, although it will perform slightly better than the S20.

Local mobile carriers have also been increasing their subsidies for those who buy the S21 smartphone through their sales channel.

For those who open a line with the preordered S21 smartphones by Jan. 28, Samsung said it will give wireless earbuds and other mobile accessories for free.

The company will also provide discount coupons for its smartwatches and a charger for the S21 series.

The S21 family does not come with a charging adapter in the retail box, so consumers need to buy it separately.