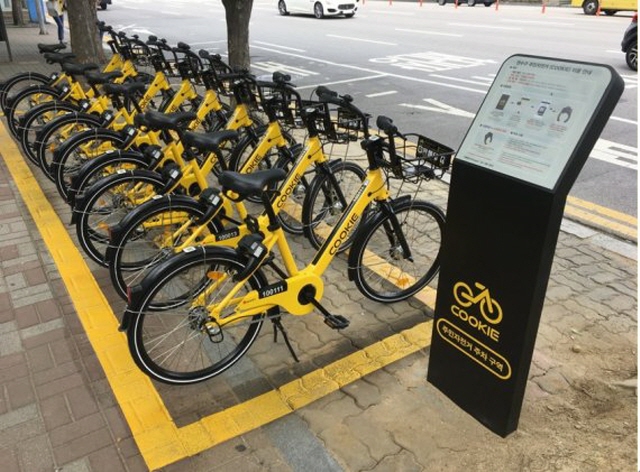 The district, in cooperation with Kakao Mobility Corp., a South Korean transportation service company, will install 400 Kakao T bicycles throughout the district to pilot the initiative until June.

Kakao T bikes use a Pedal Assist System that uses both pedals and electric motors, allowing riders to pedal the bike with ease, regardless of their fitness level.

The bicycle was developed by bicycle makers Samchuly Bicycle and Alton Sports. Its maximum speed has been restricted to 20km/h for user safety.

Users can access the Kakao T app on their mobile phones to look for a nearby Kakao T bicycle, use it, and pay for the amount of time used with credit cards or other means of payment.

As 400 new bicycles are to be added to the 1,000 shared bicycles already available in the district, the authorities expect it will help resolve various complaints involving a shortage of bikes.