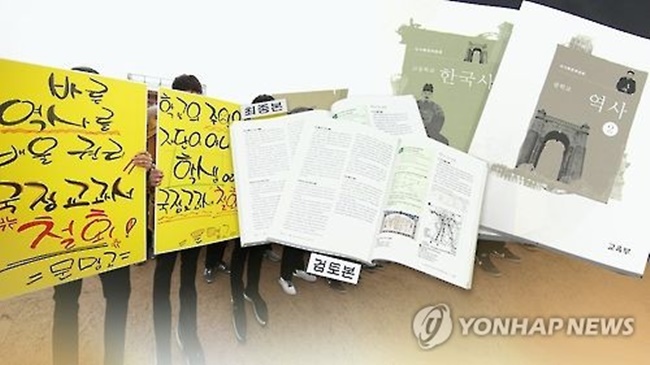 Starting next year, schools will again be allowed to choose from any history textbooks that have been verified by the government. (Image: Yonhap)

SEOUL, May 12 (Korea Bizwire) – President Moon Jae-in on Friday ordered the scrapping of controversial history textbooks authored by a government committee set up under the former conservative administration.

Starting next year, schools will again be allowed to choose from any history textbooks that have been verified by the government.’

“The decision reflected the president’s firm belief that history education must not be used for any political gains,” Yoon said.

Many liberals, however, had accused the former president of trying to fill history textbooks with her own biases, including a glorified version of the military dictatorship of her own late father Park Chung-hee. During the campaign, Moon pledged to abolish the state-authored textbooks.

Only some 80 middle and high schools, accounting for 1.5 percent of the total, have said they would use the state-authored history textbooks in their curricula.