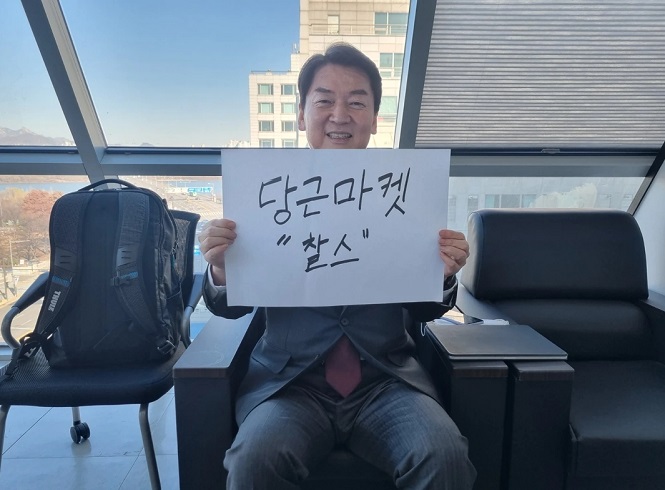 Ahn Cheol-soo, chief and the presidential candidate of the People’s Party, uploaded a post titled ‘Ahn Cheol-soo on sale’ after being authorized for transaction activity in Yeongdeungpo District, Seoul under the nickname ‘Charles’ earlier yesterday.

“Hello, this is Ahn Cheol-soo. I’m real,” the post said. “I’d like to put myself on sale to offer my assistance in these troubled times.”

“I used to work as a doctor, so I’m pretty good at fixing people, both body and soul,” Ahn said, as he introduced his ‘special skills’. “I’ve completed a marathon before, so I’m fully charged.”

“I’ve also been a professor, so I’m good at teaching,” he also wrote.

As for his readily available services, he mentioned ‘baby sitting’, ‘giving out pamphlets on the street’, and ‘accompanying female workers returning home late at night for protection.’

“We plan to meet directly with voters through online platforms and find policy solutions in the field,” Ahn’s election camp source said.