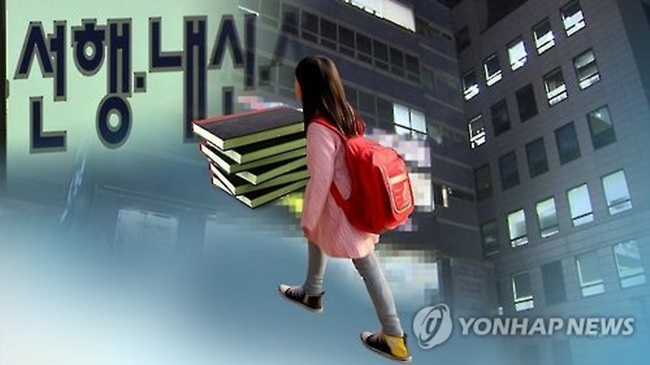 It marked the largest monthly total since 2007, when the government started to compile such data.

The poll was conducted on 40,000 parents with children enrolled in1,484 elementary, middle and high schools across the country.

The sharp increase in per capita spending came as the number of students fell 2.7 percent on-year to 5.73 million in 2017 amid the chronic low birthrate that has plagued Asia’s fourth-largest economy for years.

Students received an average of 6.1 hours of private lessons after school every week last year, up 0.1 hour from a year earlier.

The average amount spent on private education for elementary and middle students gained 4.8 percent and 5.7 percent on-year to 253,000 won and 291,000 won, respectively. The average spending for high school pupils rose 8.4 percent to 284,000 won.

Out-of-school spending on key subjects such as Korean, English and mathematics climbed 3.4 percent on-year to 198,000 won per month, with spending on sports and arts curricula soaring 12.9 percent to 72,000 won.

South Korean parents are famous for their drive to have their kids excel academically and are reluctant to reduce spending on their children’s education, even if they have to tighten their belts in other areas.