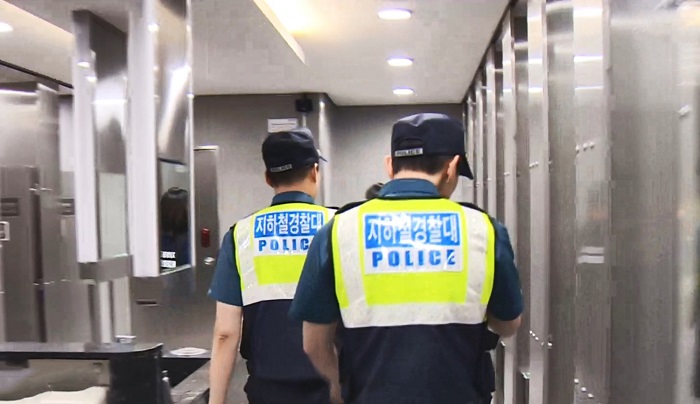 Starting from March of this year, bus terminals will adopt a real-name inspection system and inspection performance should be maintained at all times. (image: Yonhap)

SEOUL, Jan. 24 (Korea Bizwire) — The Ministry of Land, Infrastructure and Transport announced on Wednesday that it would finance the purchase of spy-camera detection devices as part of a ‘Safe Terminal’ initiative at bus stations with a large floating population.

Every bus terminal will be subject to mandatory checks for illegal hidden cameras, and if bus terminal operators fail to fulfill their management obligations properly, they will be fined up to 6 million won (US$5,310).

This is a follow-up measure to the digital crime prevention system which was announced by the Ministry of Land, Infrastructure and Transport in August of last year.

The number of hidden camera crimes has steadily increased from 4,823 in 2013 to 6,465 in 2017. Among the cases, 24 percent occurred in facilities with a large floating populations, such as subway and train stations, and bus terminals.

The government is also going to invest 200 million won (US$177,180) at 260 bus terminals across the country for regular inspections that will prevent the illegal installation of hidden cameras in bathrooms, nursing rooms and waiting rooms using sophisticated detection equipment.

In addition, the government will urge terminal operators to hire security guards for bus stations with more than 20,000 users in order to prevent the use of mobile phones as hidden cameras during periods of intense activity, such as holidays.

Starting from March of this year, bus terminals will adopt a real-name inspection system and inspection performance should be maintained at all times.

Terminals tat adopt the new inspection system will be certified as ‘safe terminals’.