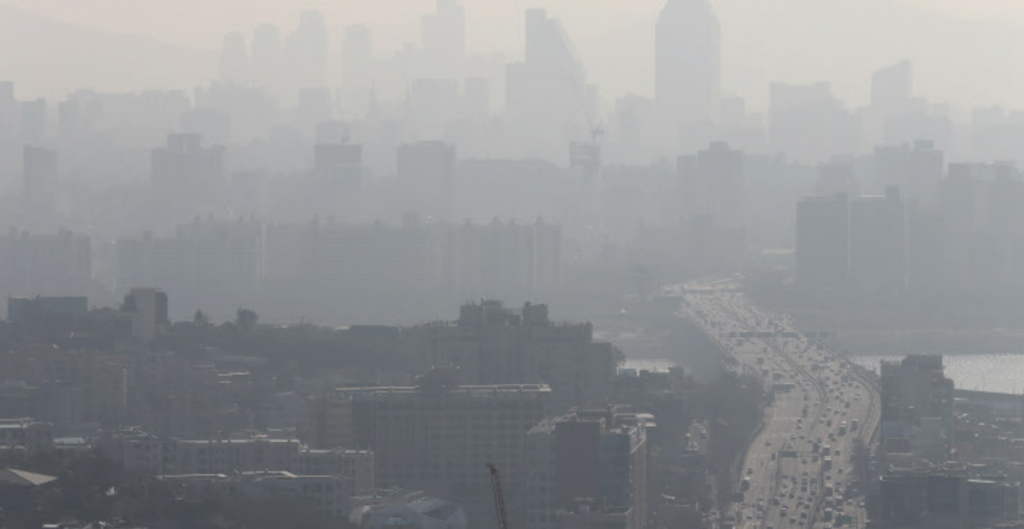 “The level of fine dust in Korea has persisted with similar levels in recent years after a decline in the 2000s, and we must pay closer attention to the health implications that it can generate.” (image: Yonhap)

SEOUL, Sept. 5 (Korea Bizwire) – Adding to heightened concerns in Korea over the increasing prevalence of fine dust in the atmosphere, a recent doctoral dissertation by a PhD student at Seoul National University (SNU) substantiated the repercussions of exposure to ultrafine particles on mental health.

According to SNU, medical college student Kim Kyoung-nam revealed in his study that prolonged exposure to ultrafine particles can increase the risk of depression, and that those with other underlying health issues might be particularly susceptible.

Although previous research has shown that exposure to air pollution can bring about symptoms of depression, Kim’s study is unique in that earlier work failed to examine the epidemiological link between the two, said SNU.

When analyzed using the same model, the risk ratio was higher than average for those with diabetes at 1.83. A similar pattern was observed from other groups with cardiovascular disorders and chronic obstructive pulmonary disease. The study also revealed a higher risk of depression from ultrafine articles for those in lower income categories.

“Research on ultrafine particles and their effects on health has been focused on cardiovascular or respiratory illnesses, but my study was able to provide epidemiological evidence to their influence on depression, which can even lead to suicide,” said Kim. “The level of fine dust in Korea has persisted with similar levels in recent years after a decline in the 2000s, and we must pay closer attention to the health implications that it can generate.”

Kim’s study was based on the National Health Insurance Service’s cohort database specimen from 2002 to 2010: 27,270 Seoul residents of the same district (2002 – 2010), aged from 15 to 79 years, with no previous diagnosis of depression. The data for ultrafine particles (observed at 27 Seoul monitoring posts, from 2007 to 2010) was provided by the Seoul Institute of Health and Environment.