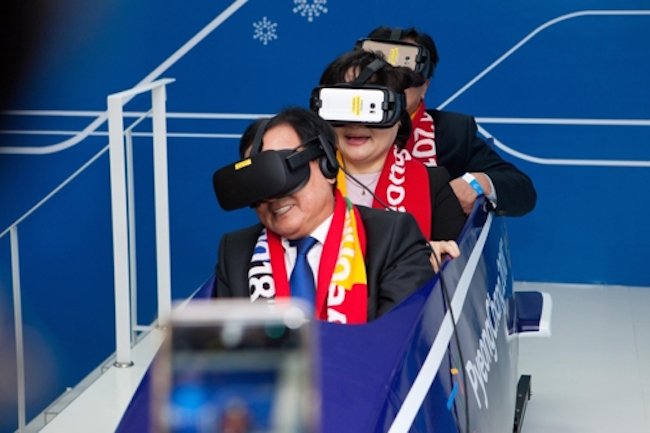 The most popular segment of the ICT Center by far was the VR bobsleigh. (Image: Ministry of Science and ICT)

SEOUL, Nov. 29 (Korea Bizwire) – One hundred days before the start of the 2018 Winter Paralympics, the Ministry of Science and ICT held an opening ceremony for the ICT Center, where officials and journalists in attendance got a first look at some of the cutting-edge technology that will be part of the Winter Olympics and Paralympics.

The most popular segment of the ICT Center by far was the VR bobsleigh. The Minister of Science and ICT hopped on for a ride and was left both exhilarated, and in his own words, “a little scared”, explaining that he thought at some moments that his sleigh would zoom out of control. He praised the ride, describing the experience as “hard to tell whether [what he was seeing] was real or fake”.

Another popular ride was the VR rollercoaster. As with the VR bobsleigh, this particular attraction also came with head mounted display gear that riders would have to place before their eyes as they were strapped into one of the three seats available. Once everyone was safely fastened in, the three-seater began to slowly but surely turn in accordance with what the riders were seeing in their headsets, recreating a vintage rollercoaster experience. 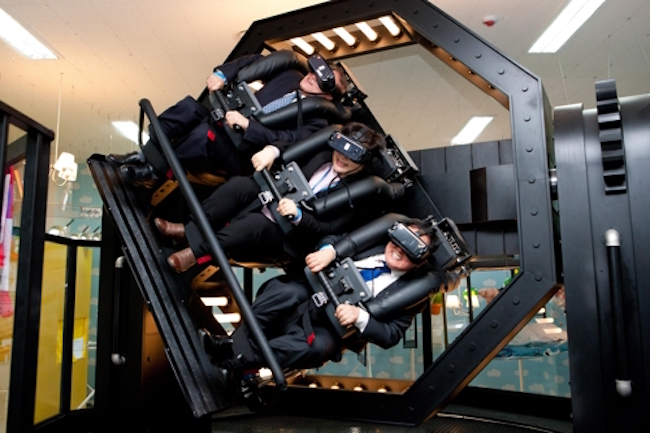 As with the VR bobsleigh, this particular attraction also came with head mounted display gear that riders would have to place before their eyes as they were strapped into the one of the three seats available. (Image: Ministry of Science and ICT)

The ICT Center may have earned the distinction of employing the first robotic “tiger” translator in human history. A robotic creature suspiciously reminiscent of Olympic mascot Soohorang was spotted wandering around the center, much to the delight of those present. The multipurpose bot can not only offer translation services in English, Mandarin and Japanese, but it can also snap photos upon request.

Future visitors will be treated to other examples of South Korea’s technological prowess. A rectangular pond in the center plays host to what appears to be fish at a quick glance, but a closer look reveals them to be colorful robots. Another feature to look forward to will be the 5G network available for sampling come February.

In a move bound to give thieves and pickpockets pause, a “smartband” designed as a pre-pay wristband was also unveiled. Visitors can load money onto the smartband at convenience stores and use it to pay for public transportation, lodging and for food as a light and portable e-wallet, vastly reducing the risk of losing one’s wallet or having it stolen. 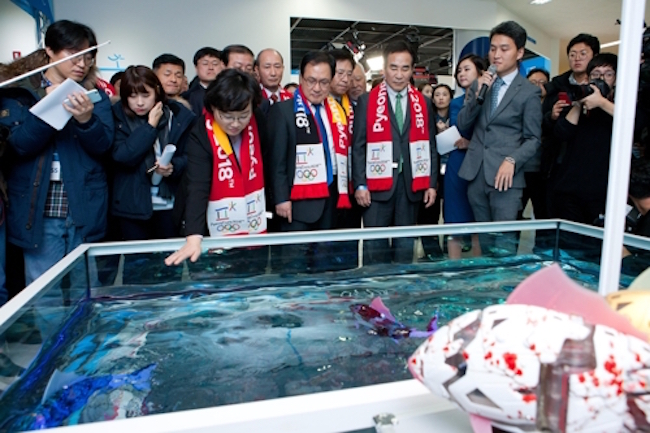 A rectangular pond in the center plays host to what appears to be fish at a quick glance, but a closer look reveals them to be robot fish. (Image: Ministry of Science and ICT)

For those intending to attend any of the sporting events, a smartphone app has been developed that will literally point the user in the direction of his or her seat. After inputting one’s seat number, the app will show a series of arrows to help the user find the way.

The ICT Center can be visited on a reservation-basis only until February 9 when the Olympics officially begin, to align with the International Olympic Committee’s mandate to prevent any trespassing onto the Olympic grounds.