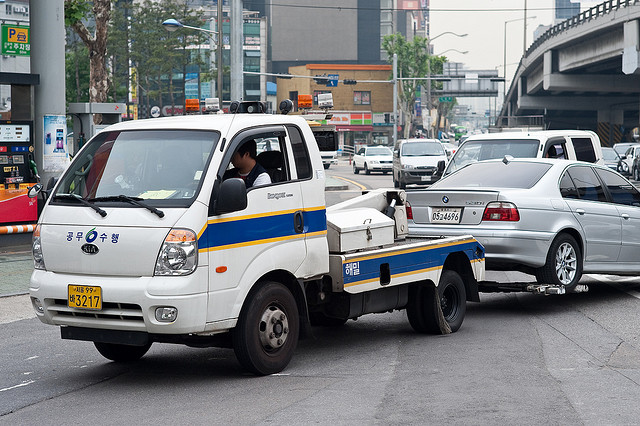 As many as 26.5 billion Seoulites, which is more than one-fourth of the last year’s population of the metropolis (10,388,055), have broken parking laws and up to 100 billion won was fined for the violations. (image: visionstyler press/flickr)

SEOUL, Korea, April 24, 2014 (Korea Bizwire) – Not long after the Ministry of Strategy and Finance of Korea has requested other ministries to secure the sources of non-tax revenues such as fines, a statistics revealed that almost a quarter of Seoul citizens have violated parking regulations at least once last year.

As many as 2.65 million Seoulites, which is more than one-fourth of the last year’s population of the metropolis (10,388,055), have broken parking laws and up to 100 billion won was fined for the violations.

Among traffic violations, cases of illegal parking are regulated by the city office and the 25 district offices, delegated by the police department. The city controls roads with six lanes or more both ways, and the districts are responsible for roads with fewer than six lanes and alleys in residential areas.

They both fine 40,000 won for each instance of illegal parking, but the penalty can be reduced 20 percent when paid within the exemption period. The city and the districts have levied a total of 93.6 billion won for the fine last year, and 60 billion won was actually collected.

In particular, the number of violations for not buckling up exploded by 452 percent from 23,399 in 2012 to 129,165 last year, as the police started enforcing the rule more strictly since last year. The number of traffic light violations has increased 30.8 percent, and the number of speeding has also risen 18.5 percent over the same period.

Illegal lane-switching, unlicensed driving, illegal loading and unloading, illegal turning, and illegal passing were other types of violation that have been fined. For types of vehicles that have been busted, vans were most among them with 976,348 (77.2%), followed by trucks (9.3%), two-wheelers (7.5%), and passenger sedans (4.5%).