“North Korean cheerleaders who embody communist ideology to their bones are like warriors for revolution. Their beauty is nothing but an empty shell to bewitch South Korean people.”

“Dispatch of its cheerleading squad will be used as a weapon to disarm the sense of national security in South Korea.”

“They are no less than the first contingent for propaganda against the South rather than envoys for inter-Korean reconciliation.” 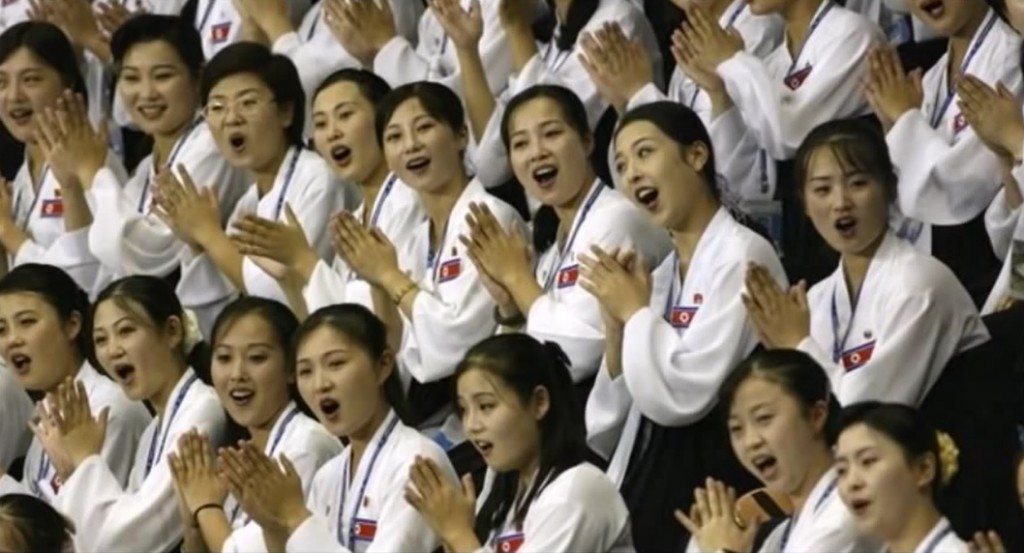 Many say the absence of North Korea’s cheerleaders at this Incheon Asian Games will be a blow to the sporting event in terms of marketing effect. (image: Bottomline)

SEOUL, Sep. 13 (Korea Bizwire) – The Ministry of National Defense is at the center of a controversy because a material for military education supported by the ministry contained an article reproaching cheerleaders from the North.

An official from the Ministry of Unification, however, defended its stance saying, “We will welcome the cheerleading squad once the North decides to send them to the Asian Games.”

The opposition New Politics Alliance for Democracy criticized the writing of the defense ministry. The opposition party asserted that the ministry made an exaggeration of the situation and also had no right to make comments on whether the squad would be dispatched. It stressed that the cheerleaders from North Korea would actually have more advantages than disadvantages to thaw the ice between the two Koreas.

As the ministry of defense came under fire, it made an excuse explaining that the article was written only for soldiers in military service. The ministry called on citizens to understand the different standards between the military and the society.