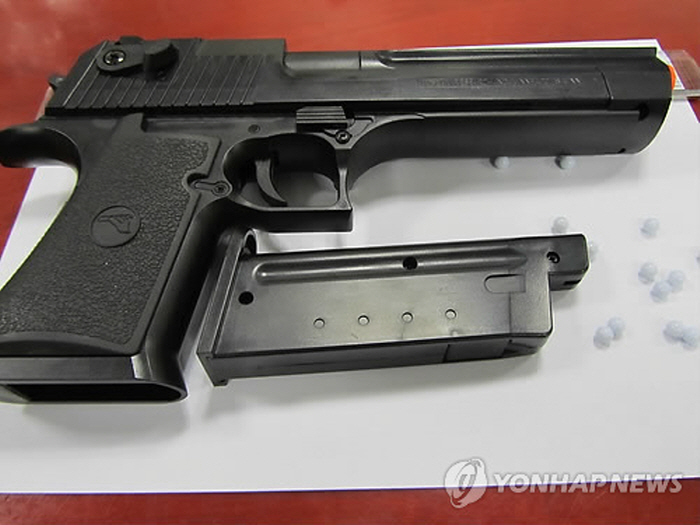 The truck driver shot his BB gun at the taxi driver through the open window, five times. (image: Yonhap)

SEOUL, May 13 (Korea Bizwire) — A truck driver in his forties has been arrested for firing a BB gun at a taxi driver due to road rage when the taxi driver cut in front of his truck on the roads of Mapo District, Seoul on May 10.

According to a report from the Mapo District Police Station, the truck driver, known by his surname Choi, was driving his 1 ton truck from Ahyeon Intersection to Gongdeok Five Way. A taxi cut in front of him, which enraged the truck driver.

Choi was keeping a BB gun, which he picked up in the dumping ground of a large retail store, as he saw the gun was almost as good as a new one, with fully loaded BB bullets.

Overcome with anger, Choi chased the taxi for 300 meters while honking continuously. Then Choi shot his BB gun at the taxi driver through the open window, five times.

The two men eventually stopped and left their cars and quarreled outside. The police arrived at the scene and arrested Choi for committing assault. Fortunately, the taxi driver was not injured significantly.

The police said that Choi stated that he suddenly became enraged as the taxi driver showed no signs of apology. Choi was reported also to regret his actions.