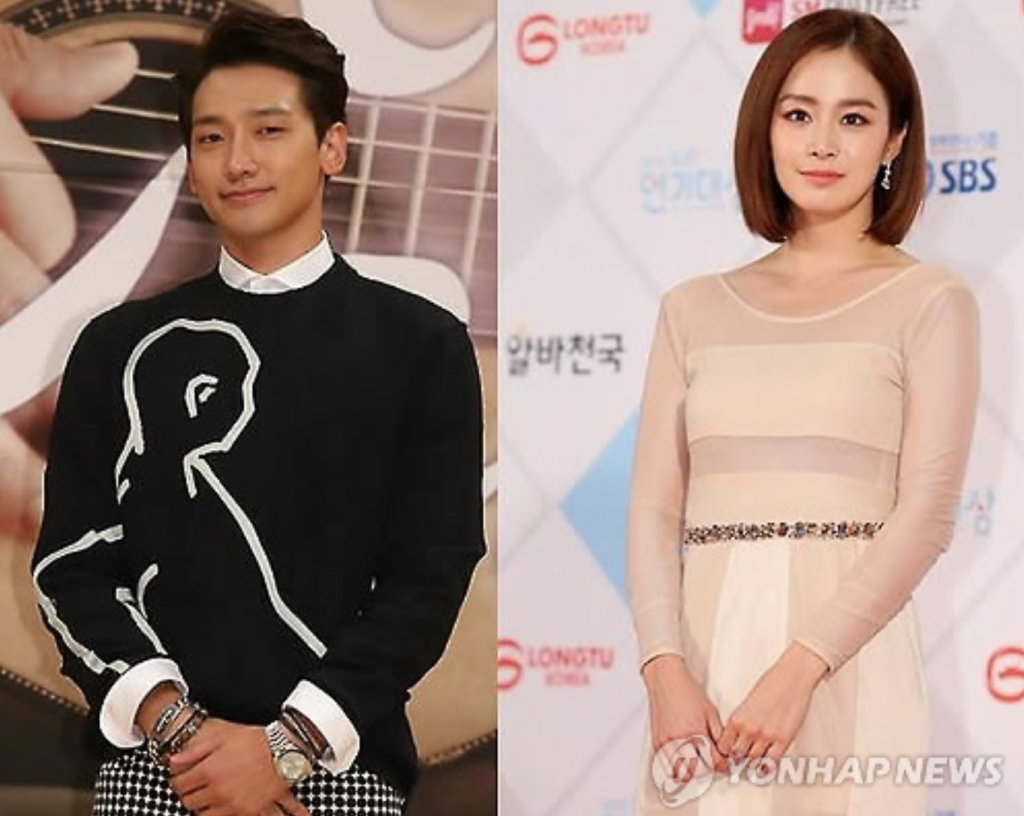 There constantly had been rumors between 2014 and 2016 that their marriage was imminent, which they denied each time. (image: Yonhap)

The two stars exchanged gifts and prayed during the modest wedding Mass at the Gahoe-dong Church, attended by only their family members, close friends and heads of their management agencies.

The bride opted for a simple knee-length dress with a bridal veil rather than a traditional wedding gown while the groom wore a black suit.

Among the celebrities invited were actor Ahn Sung-ki, singers Park Jin-young, Psy and Park Jun-hyeong of the first-generation idol group “god,” as well as actress Lee Honey who attended the same university as Kim. Ahn was Rain’s godfather when he was baptized in 2014.

Park Jin-young sang “You’re The One,” a proposal song that he composed for his wife, during the wedding. 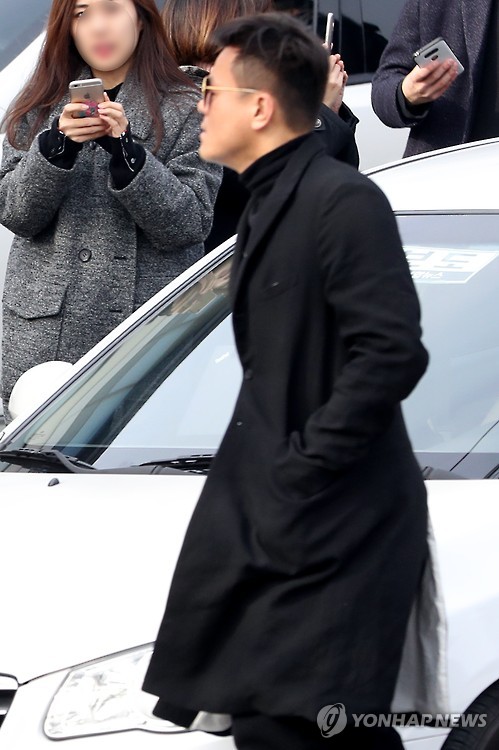 Park Jin-young sang “You’re The One,” a proposal song that he composed for his wife, during the wedding. (image: Yonhap)

Rain and Kim, both Catholic, announced their engagement just two days ago but did not disclose the date and venue because they wanted to make it low-key. They even informed the guests of the time and venue of the ceremony only this morning.

The wedding preparations went almost like a covert operation and the church was placed under tight security a few hours before the wedding as a large number of journalists gathered for the event. The groom arrived at around 1 p.m.

Fans and reporters, who had been waiting for hours in front of the church where the two celebrities usually attended services, hurriedly moved to Gahoe-dong after belatedly obtaining information on the wedding venue.

The 34-year-old Rain and the 37-year-old Kim met on a TV commercial set in 2011 and officially started dating in the fall of 2012. Their relationship was made public on Jan. 1, of the following year.

Their relationship received wide media attention at home and abroad as both of them are top celebrities in the Korean entertainment industry with Rain being a well-known star in other Asian nations. 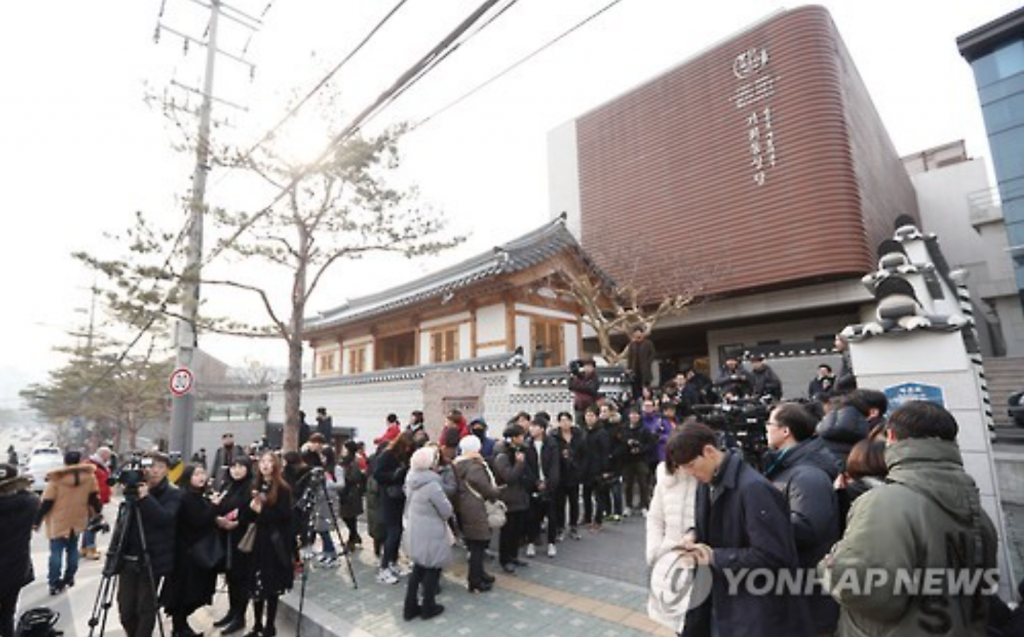 View of the Gahoe-dong Church on the wedding day of top celebrities Rain and Kim Tae-hee on Jan. 19, 2017. (image: Yonhap)

There constantly had been rumors between 2014 and 2016 that their marriage was imminent, which they denied each time.

The rumors were renewed on Sunday when the singer released a love song believed to have been dedicated to his soon-to-be bride. “The Best Present,” Rain’s first song after a three year hiatus, was co-written by himself and rapper Psy.

His acting career began in 2003, when he played the lead role in KBS TV drama “Sang Doo! Let’s Go To School.” He has since appeared in many Korean soap series such as “Full House” and “A Love To Kill.” He also acted in Hollywood films like “Speed Racer” (2008) and “Ninja Assassin” (2009) and the Chinese TV series “Diamond Love.”

The couple have no immediate plans for a honeymoon or having children, according to Kim’s management agency.