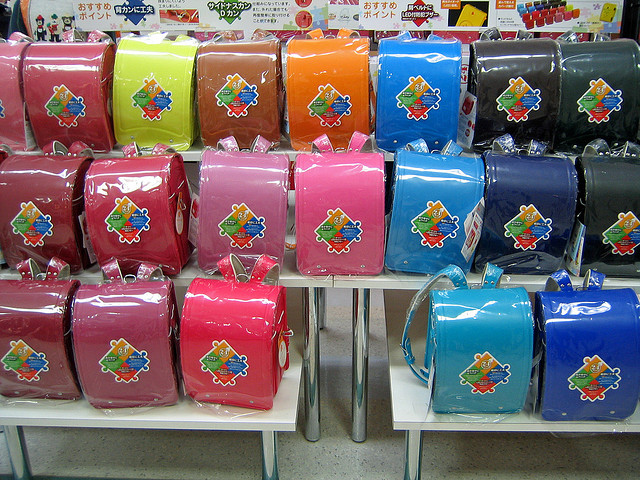 SEOUL, April 1 (Korea Bizwire) – A position once occupied by down jackets from The North Face and Canada Goose has now been taken over by Randoseru backpacks from Japan, the latest “must-have” for Korean elementary school children, and a financial backbreaker for their parents.

According to Consumer Research, which conducted a study on major brands for grade-schoolers, the most expensive backpack brand popular among students was Randoseru, which sells bags that start at 340,000 won (US$308) and go all the way up to 698,000 won (US$633).

The brand name Randoseru comes from the Dutch word “ransel” meaning “backpack.” The company dates back to 1847 when Gakushuin, a royal school, forced its students to use the backpack-shaped bags.

Randoseru is not alone in selling children’s bags at jaw-dropping prices.

An official from the research firm said, “A considerable number of brands are selling backpacks for grade-schoolers at prices of more than 100,000 won, including Randoseru, whose bags cost almost 700,000 won at the most. These high-priced products for students are causing significant financial burdens for their parents.”

One thought on “Randoseru Schoolbag Another Backbreaker for Parents”