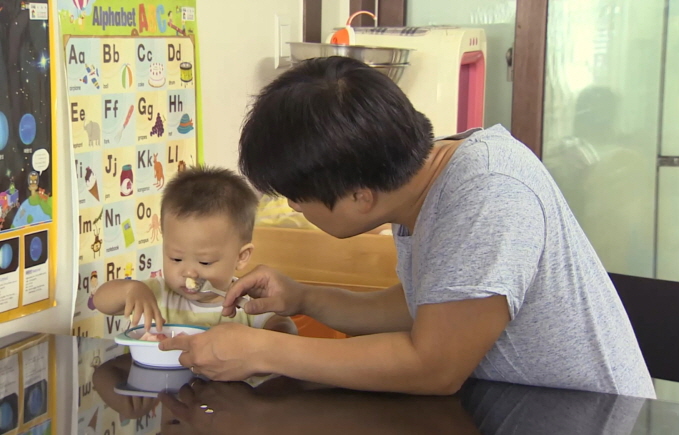 The actual rate of workers on child care leave at private companies may be even lower. (Yonhap)

SEOUL, Oct. 3 (Korea Bizwire) — Although child care leave was introduced by the country more than 30 years ago, the rate of workers who use such leave at private companies is still significantly lower than that of civil servants, a lawmaker said on Saturday, citing recent official data.

A total of 4.5 percent, or more than 54,800, of about 1.22 million government employee pension holders, were on child care leave as of June this year, Rep. Kang Byung-won of the ruling Democratic Party said.

But the corresponding rate among subscribers to the general employment insurance who are mostly private sector workers was only one-tenth of the figure for government employees.

The data showed only 0.42 percent, or 58,750, of the around 13.9 million subscribers were taking leave of absence for child care.

Given that the number of subscribers includes employees of state-run companies and government agencies, the actual rate of workers on child care leave at private companies may be even lower, the lawmaker said.

The benefit of child care leave, allowed for both mothers and fathers, was adopted in 1987 as unpaid leave and has evolved into a paid one, partly funded by the government.

Of the 13.9 million subscribers, a total of 14,857 fathers were on child care leave as of June, up 34.1 percent from the same period last year. A majority of them were working for big companies with 300 or more employees, the report also showed.