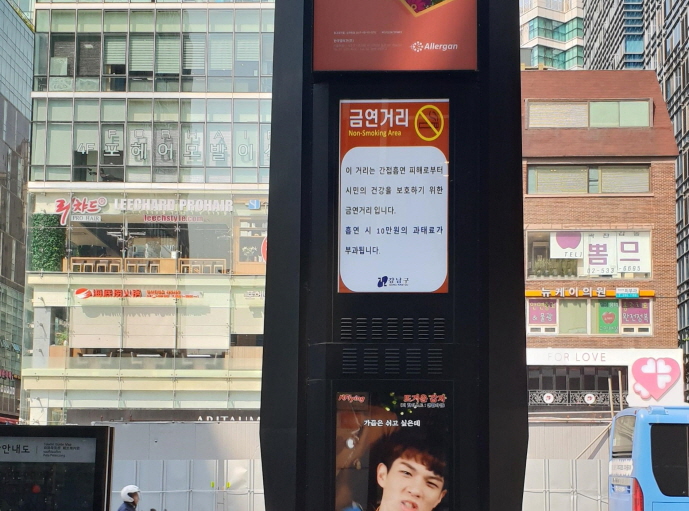 SEOUL, Jun. 20 (Korea Bizwire) — In an attempt to stop the spread of secondhand smoke, the local government office of Gangnam-gu in Seoul has announced today that it is cracking down on people smoking in the streets.

Gangnam-gu also said it was strengthening efforts to publicize the harms of smoking.

Currently, there are a total of five non-smoking zones in Gangnam: Yongdongdae-ro near COEX, the east side of Gangnamdae-ro, the crossroads at Eunma Apartment Complex in Daechi-dong, the southern section of Nambu Beltway, and areas near Nonhyeon Elementary School.

In addition, other areas in the district such as public government offices, medical facilities and restaurants will be inspected by local officials to ensure that the non-smoking policy is being upheld.

Moreover, Gangnam-gu has been airing anti-smoking campaigns between Gangnam Station and Sinnonhyeon Station via 18 public media platforms on the street.

At night, the LED lights on the Gangnamdae-ro stretch indicate, for both the smoking and non-smoking public, the no-smoking zone.

To ensure that the non-smoking policy is properly enforced, a two-person unit will patrol the non-smoking zones between 9 a.m. and 8 p.m., with regular checks carried out at nighttime and on weekends. 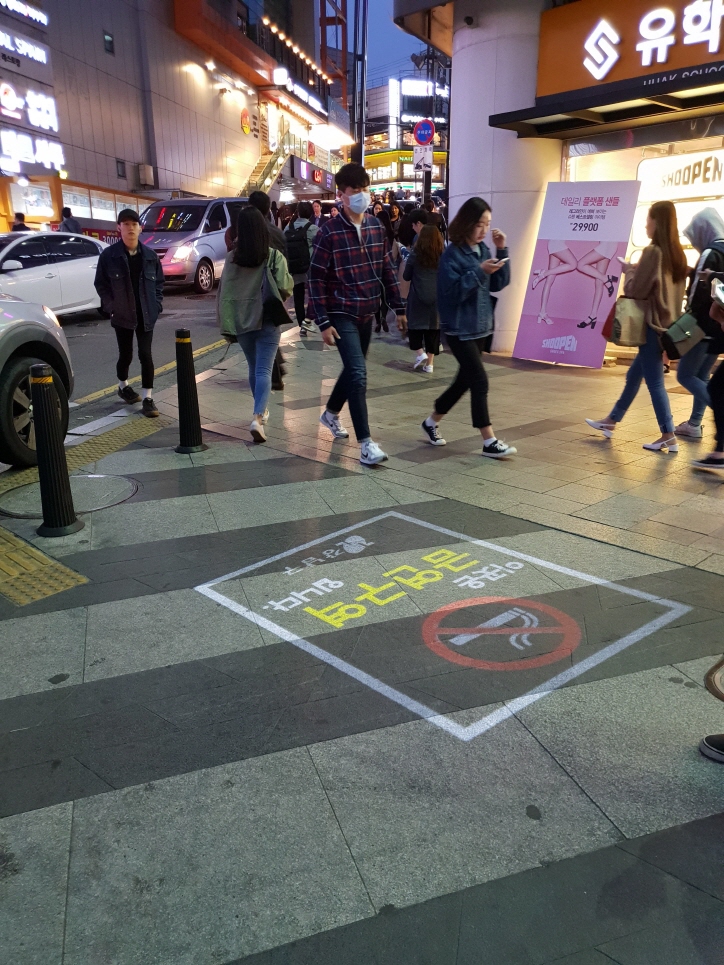