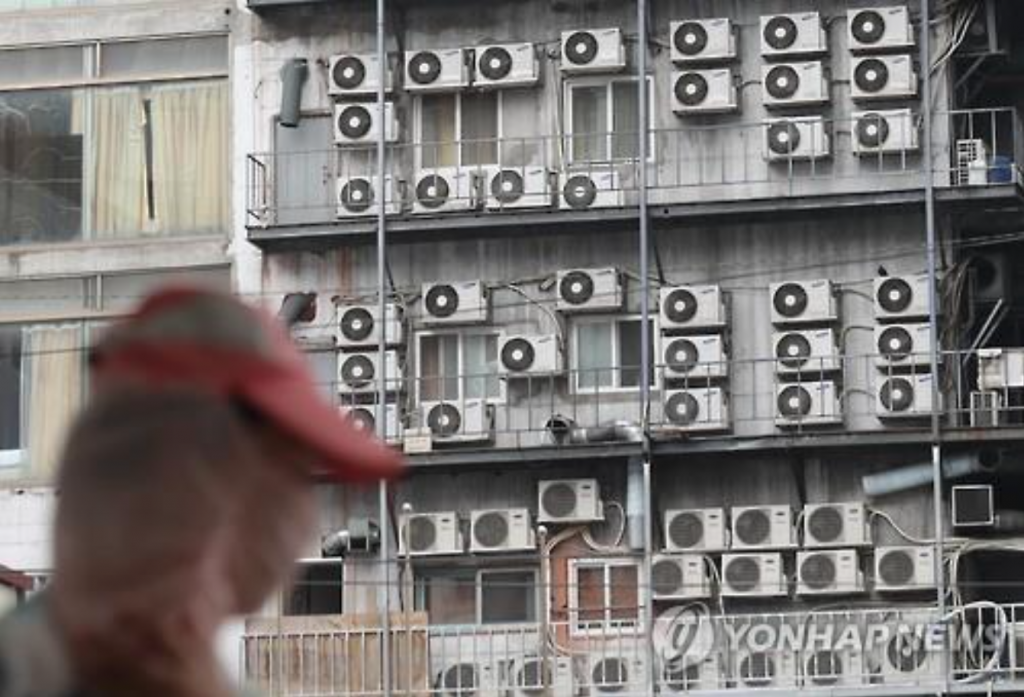 A pedestrian looks at the outdoor units of air conditioners installed on a Seoul building on July 25, 2016, as the nation’s electricity demand hit a summer-time high. (image: Yonhap)

The maximum electricity load shot up to 80.22 million kilowatts as of 3 p.m., as the temperature hovered above 30 C in most parts of the country, according to the state-run Korea Power Exchange.

It marks the first time that the maximum electricity demand topped 80 million kilowatts here in the summer.

The all-time high was set at 82.97 million kilowatts on Jan. 21 this year. Electricity demand is usually higher in winter than in summer.

The power supply reserve ratio also dropped to 10.9 percent with 8.77 million kilowatts at 3 p.m. Monday from 12.5 percent at noon.

The figure is far lower than the government’s forecast of 12.7 percent for the peak of this summer.

Electricity usage is expected to go up further in the second or third week of August when the full-fledged summer vacation season ends.

The Ministry of Trade, Industry and Energy launched a weeklong campaign to publicize the need for saving energy.

The ministry also ordered Korea Electric Power Corp. to do its best in inspecting the operation of related facilities to prevent accidents.

“The government will make every effort for the stable supply of electricity by constantly monitoring the electricity supply trend and the operation of nuclear power reactors throughout the summer season,” the ministry said.