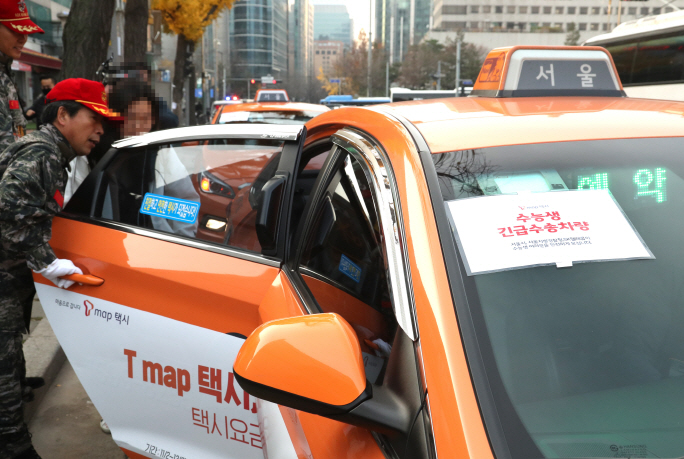 SEOUL, Nov. 21 (Korea Bizwire) — South Korea will push to lower regulations to allow use of a mobile taxi meter application for easier metering and billing, the industry ministry said Wednesday.

The Ministry of Trade, Industry and Energy unveiled the plan as part of its deregulatory push aimed at facilitating development of new technologies and services.

Conventional taxi meters must be installed and inspected in accordance with the local transportation law, but mobile taxi meter developers have called for the government to allow GPS-based apps for the convenience of both drivers and passengers.

The new system would enable taxi drivers to use the mobile device app metering systems to calculate the distance and fare, the ministry said.

It is one of broad deregulatory measures discussed in an intergovernmental meeting presided over by Prime Minister Lee Nak-yon, as a way to create a business-friendly environment in Asia’s fourth-largest economy.

The latest move comes as local companies have pointed to excessive and complicated regulations as one of the biggest hurdles in commercializing new technologies.

According to a 2017 survey conducted by the Korea Chamber of Commerce & Industry on about 700 companies in emerging technology sectors, 74.6 percent said that government regulations hampered their efforts to commercialize new technologies. Lack of distribution channels and financial resources were also mentioned as barriers in the initial stages of business.