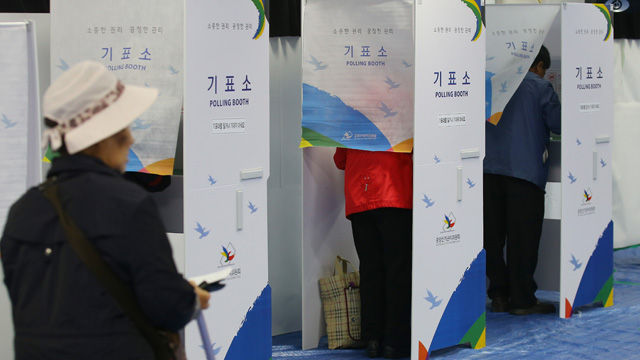 According to the National Election Commission (NEC), a total of 294,633 overseas voters have signed up for the May 9 election. Registration for overseas voters ended March 30. The number includes 247,336 people who will cast absentee votes due to their temporary stay in overseas countries.

The total number marks a 32.5-percent spike from 222,389 who had registered for the last presidential election held in 2012. It accounts for 14.9 percent of some 1.97 million South Korean nationals staying overseas, NEC said in a press release.

Overseas voters will cast their ballots in their host countries between April 25 and April 30. Their ballots will then be shipped to South Korea by May 9 for counting that will begin immediately after voting ends at 8 p.m. the same day.