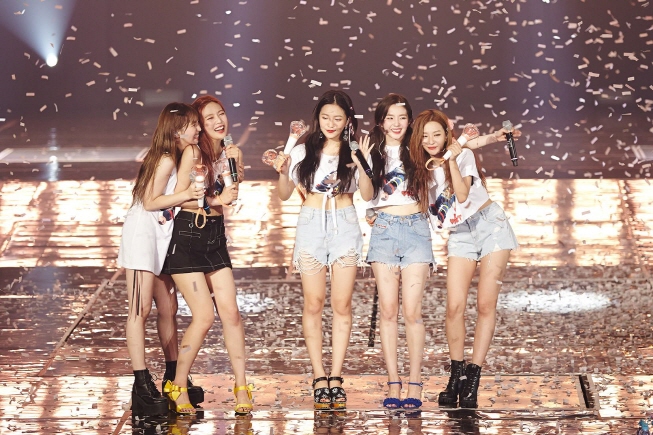 According to SM Entertainment, Red Velvet will start their U.S. tour in Los Angeles on Feb. 8, 2019, and will go to Dallas two days later. They will also perform in Miami on Feb. 13, followed by Chicago on Feb. 15 and Newark, New Jersey, on Feb. 17.

This will be the first time that the five-member group has given concerts in the United States as the sole headline act.

The tour is an extension of the group’s solo concert series “Redmare” in Seoul on Aug. 4 and 5, following which, the group visited countries like Thailand, Taiwan and Singapore.

The group is scheduled to tour Japan in January 2019, performing in cities like Fukuoka, Kobe and Yokohama.

Red Velvet, who debuted in 2014, swept domestic music charts with “Power Up” from its new EP, “Summer Magic,” upon the release of the album on Aug. 6. The band is expected to release a new album later this month.