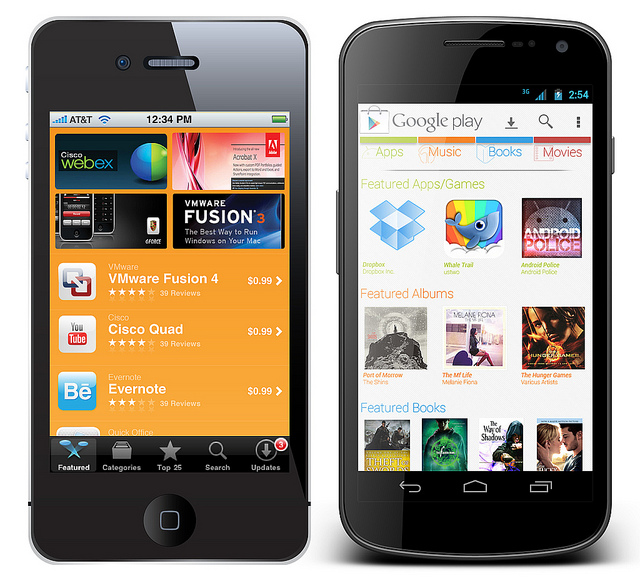 The Fair Trade Commission of Korea announced on July 6 that it has revised unfair clauses in the terms and conditions of the two largest app markets, operated by Google and Apple. (image: IntelFreePress/flickr)

SEOUL, July 7 (Korea Bizwire) – From now on, refund will be easier for consumers in Korea for apps purchased on Google Play Store and Apple App Store.

The Fair Trade Commission of Korea announced on July 6 that it has revised unfair clauses in the terms and conditions stipulated by the two largest app markets, operated by Google and Apple.

Previously, Google Play Store’s policies stated that any returns or refunds are not permissible, but the recent amendment has redressed that, to allow refunds on the app store and follow policies of application developers regarding repayment.

Also, the rectification will enforce faulty apps to be held accountable for “extended damages,” in such cases where application’s malfunctioning caused damages in business and so on; up until now, a user who purchased a faulty app was only compensated with the exact amount of what he paid for.

The commission also ruled for Apple’s App Store to change its clause which allowed the store to arbitrarily revise the contents in contracts, to notify its users beforehand of any changes in contract terms. “In App” products such as magazines, newspapers, videos and music files, for which refunds were not allowed to this date, are now refundable as recently mandated from the commission.

An official in the Fair Trade Commission said, “It is important to protect domestic consumers beforehand from the damages caused by foreign businesses, since compensating for these damages can be tricky after the damages are done. With the amendments, we aim to set orders for the foreign firms as well, who take up a significant proportion in the 2-trillion-won domestic mobile app market.”

2 thoughts on “Refund Made Easier for Google and Apple Apps”