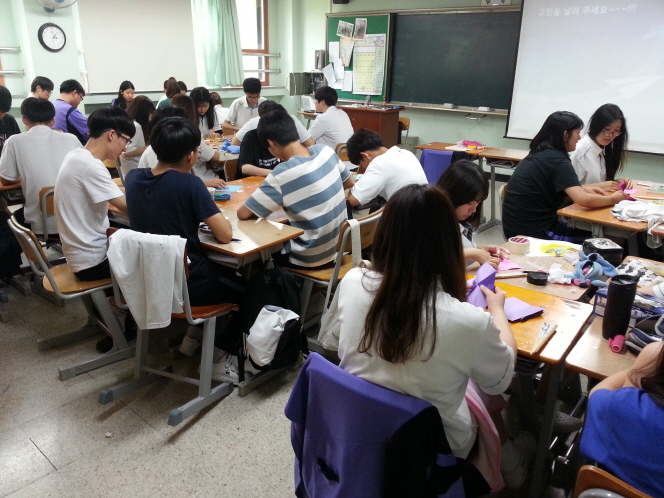 Gyeonggi Province’s city of Ansan recently came to an agreement at the metropolitan council to introduce programs to offer financial subsidies for college tuition starting next year.

College students from a family on basic welfare programs, students with disabilities, and those who are third-born or later from families with more than three children are eligible for financial aid.

The city plans to invest approximately 33.5 billion won (US$28.8 million) to subsidize all students who have been registered as city residents for more than 3 years.

The city of Gwangmyeong plans to distribute 100,000 won (US$86) to all new students going to elementary school next year, which has never been tried before in South Korea.

Anyang has already been giving out 300,000 won to all new students going to middle and high school to help them buy school uniforms since last year.

Next year, the city also plans to give out an extra 70,000 won per student to help them purchase school training uniforms.

Experts argue that regional authorities will continue to compete over free education and welfare programs.

Many citizens are welcoming the effort, saying that “it comes as a great news for us who have to deal with children’s exorbitant education fees, especially during a bad economy.”

Some argue, however, the competition is a political move by heads of regional governments to win the next election, calling out the need to first look into the effectiveness and timeliness of the policies before they come into effect.