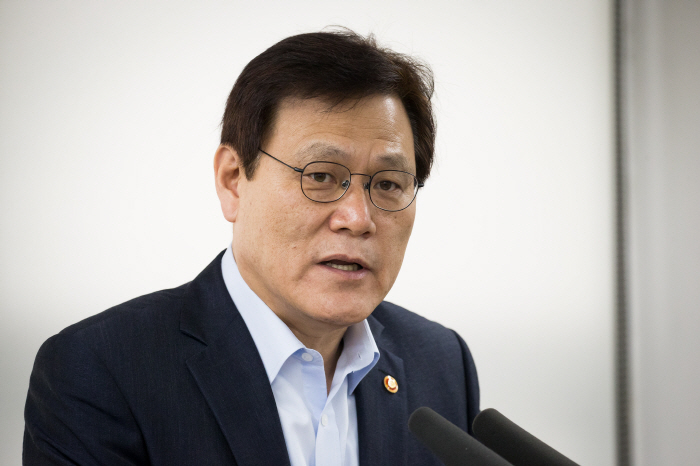 SEOUL, Sept. 21 (Korea Bizwire) — The financial regulator said Friday it will give preliminary approval next year for two groups to launch Internet-only banks, as the government aims to reinvigorate the banking industry.

Choi Jong-ku, chairman of the Financial Services Commission (FSC), made the remarks a day after the National Assembly passed a bill that allows non-financial firms to boost their stake in Internet-only banks beyond the 4 percent ownership ceiling. Two Internet-only banks — K-Bank and Kakao Bank — were launched last year.

The new bill permits non-financial firms to hold up to a 34 percent stake in a web-only bank, a move intended to drive innovative growth in the financial sector.

The FSC plans to receive applications for a third and fourth Internet-only bank in February or March next year, Choi told reporters.

“After appropriate assessment procedures, I expect preliminary approval to be granted for a third and fourth Internet-only bank in April or May next year,” Choi said.

However, sustainable growth of online-only banks have been hampered by the ownership ceiling, and both KT and Kakao are unable to buy new shares in the banks’ rights offering.

Despite easing the ownership limit, family-owned conglomerates, known as chaebol, will not be allowed to raise their stakes in Internet-only banks in principle, a move aimed at preventing them from using such lenders as private coffers.

But as an exception, information and communication technology-focused companies will be subject to the deregulation, a move designed to open the door for IT firms entering the web-only bank business.