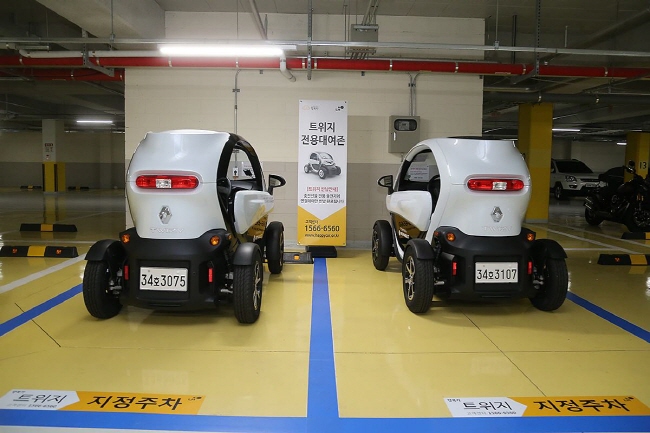 Renault Samsung will gradually supply another 45 Twizy models to the LH Happiness car-sharing service available at 23 apartment complexes built by the Korea Land & Housing Corp. (LH), the company said in a statement.

The carmaker has already provided 45 Twizys to 23 LH apartment complexes since 2013 to help residents of LH apartments use the all-electric car for 3,000 won (US$2.70) per hour, a company spokeswoman said.

Renault Samsung owns the Twizy vehicles, manages them and makes payments for their charging costs, she said. LH apartments are usually allocated to lower-income households.