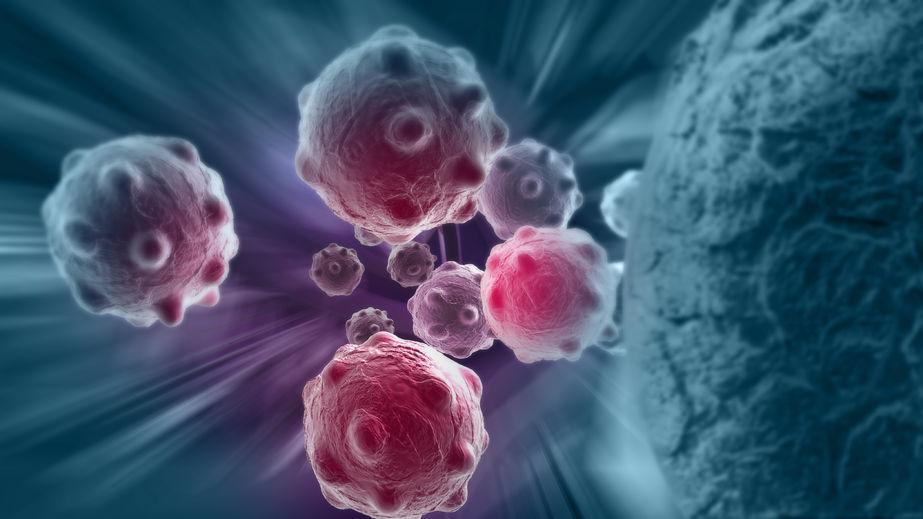 The research team discovered the effect of the new synthetic nanomaterial after an experiment with lab rats during which around 80 percent of breast cancer cells were killed.

Cancer patients who are not able to receive surgical operations, or who have cancer cells remaining even after surgery, often receive radiation treatment.

However, tumor hypoxia, a condition where tumor cells are deprived of oxygen, makes it difficult to treat cancer completely, leaving room for recurrence.

Against this background, the research team focused on the fact that hypoxic tumor cells can withstand radiation treatment up to 100 times stronger than regular cells, and have strong resistance to anti-cancer drugs.

The researchers believed that the injection of oxygen generating photosensitizers coupled with an anti-cancer substance could cause cancer cells to die out.

During the study, it was learned that the groups which received either photosensitizers or anti-cancer substances exclusively saw their cancer cells grow by 400 percent, while another group on the receiving end of the ‘ZnPcs8 and Mitoxantron’ synthetic material saw over 80 percent of cancer cells killed.

The researchers are hopeful that the cancer fighting effect of the new nanomaterial could come in handy in the future.

“Little to no damage was found in normal tissues around cancer cells, and the synthetic nanomaterial injected (into the lab rats) was out of their system within 24 to 48 hours,” said professor Yoo Seung-sook from the Severance Biomedical Science Institute at Yonsei University.

Nam Ki-ta, another professor who participated in the study, said he hopes the newly developed synthetic material will be used to treat hypoxic tumor cells.

“Through additional research, we’ll further prove the cancer killing effect and the safety of the synthetic nanomaterial and see whether it can be used to treat other types of cancer apart from breast cancer, such as liver and gastric cancer,” said Nam.

The findings were published in the latest edition of monthly scientific journal ACS Nano.