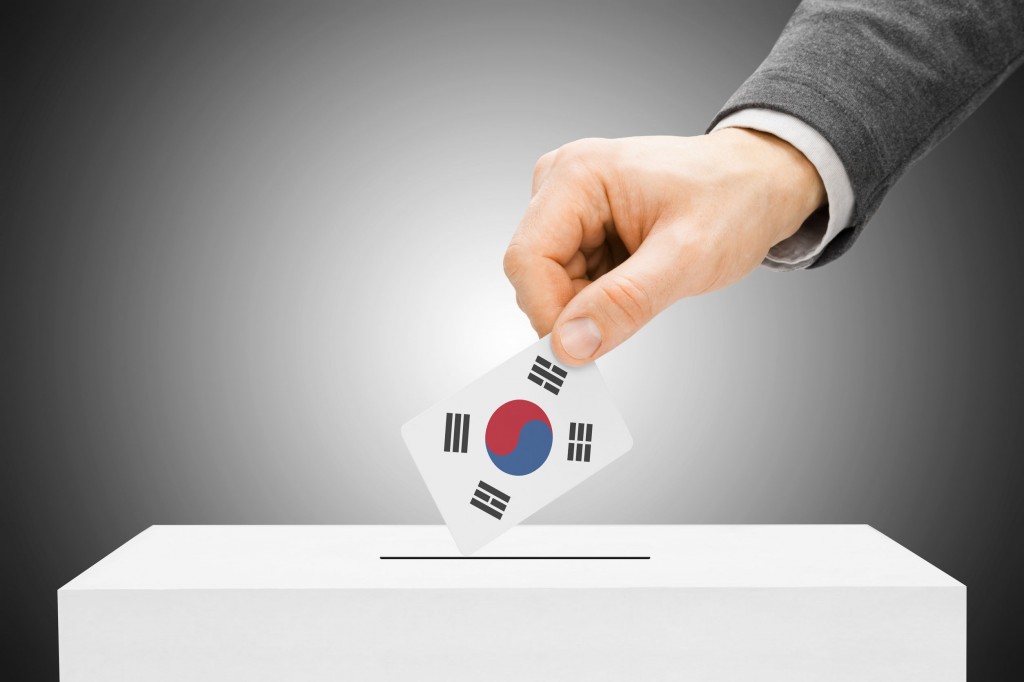 South Korea votes its next president on May 9. (image: KobizMedia/ Korea Bizwire)

SEOUL, March 27 (Korea Bizwire) – The newfound political awareness of South Koreans, after a months-long scandal that ended with the impeachment of President Park Geun-hye, has given rise to mobile games that let players be the kingmaker, running a virtual presidential election, or be the president themselves.

Developed by Goormsoft Corp., Raising President (title translated) is one of the games that centers around an imaginary protagonist, Kim Goorm. Kim begins his career by running as a class representative.

Throughout the game, Kim runs in several elections from a young school president to a district official, city councilor, governor, lawmaker, Seoul Mayor, and ultimately, the president. Players can raise funds for their political campaigns, which include a couple of won (KRW) of pocket money and multi-billion-won corporate sponsorships.

The game, which was initially launched last summer, recorded over 500,000 downloads on the Google Play Store, and its sequel Raising President 2 was released this month thanks to its popularity.

Another game is called I’m the President! – Pick Me Up developed by Sticky Hands Inc.

The player in this game begins by choosing one of the four parties with four political dispositions – the Red Party that underscores national security (reminiscent of the South Korean conservatives); the Blue Party (inspired by the liberal Democratic Party of Korea); the Yellow Party, a progressive labor party; and the Green Party, for environmentalists. 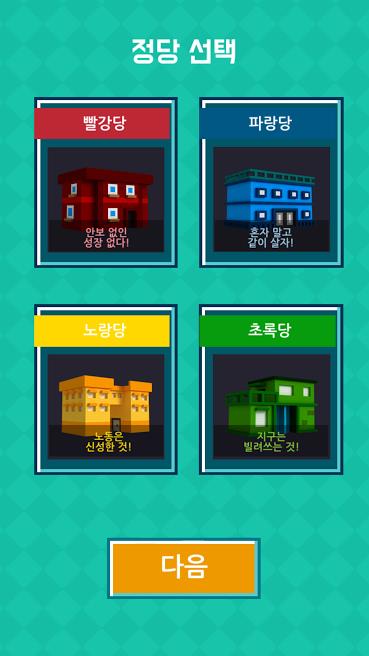 The player in this game begins by choosing one of the four parties with four political dispositions. (image: Google Play Store)

King of Politics by Allin Games offers a different approach, focusing on actually running a country as president.

Players choose a president, each with different strengths and weaknesses, at the beginning of the game, and have to make political decisions throughout. Players also have to deal with rumors such as the president being a shaman (an obvious satire of rumors surrounding the ousted president).

The goal is to safely conclude a five-year term without facing impeachment or a coup. Allin Games included a description in the game’s introduction that reads “characters, events and organizations that appear in the game are entirely fictional and any similarities are coincidental.”

Players also have to deal with rumors such as the president being a shaman. (image: Google Play Store)