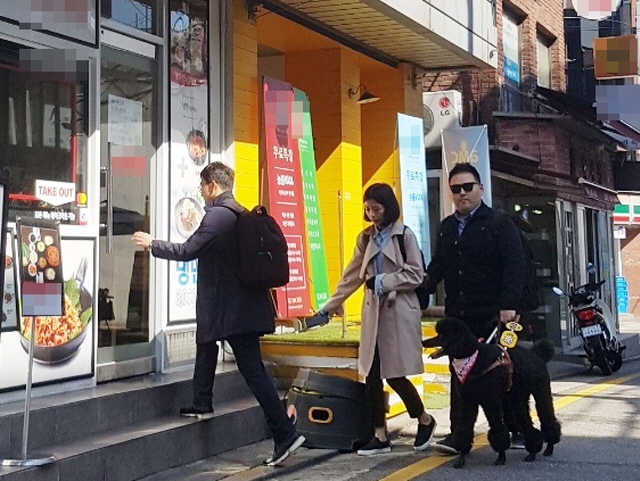 Yonhap News journalists visited major restaurants in Seoul with Kim Jong-min, a disability awareness instructor with visual impairment, who brought his guide dog with him.

Four out of eight restaurants turned them away, because of Kim’s guide dog, a six-year old standard poodle named Cindy.

According to the Act on Welfare of Persons with Disabilities, guide dogs are allowed entry to all public facilities and means of transportation. Establishments that refuse entry can be subject to fines up to 3 million won.

The act explicitly addresses restaurants and lodging facilities to emphasize that guide dogs can enter these businesses.

Most restaurant employees, however, were not aware of these provisions. Blind customers had to wait until the employees checked with their managers.

Some restaurants strongly rejected their entry despite being aware of the legal consequences.

The provision guaranteeing entry of guide dogs in restaurants and public facilities was added to the Act on Welfare of Persons with Disabilities in 1999.

However, petitions are still being registered with the National Human Rights Commission of Korea complaining that guide dogs have been rejected entry.

“Being turned away at the entrance was one thing, but I was most frustrated when restaurant employees just looked away when I told them that she was a guide dog,” Kim said, adding that “asking me to leave my guide dog outside is the same thing as asking you to leave your eyes behind.”

Kim Hoon, a policy researcher at Korea Blind Union, said that “guide dogs are as important as the white cane to visually impaired persons,” adding that “they should not be treated as mere pets, but as a means of guidance for blind persons.”