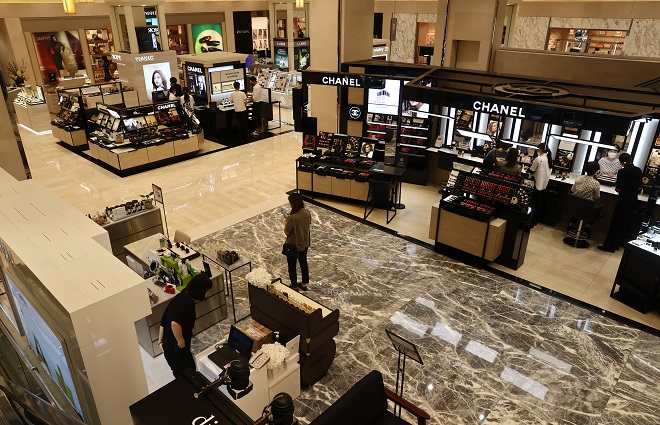 According to data from the Korea Securities Depository, the most net-bought stock by domestic individual investors among those listed on the French stock market was Hermes International SCA.

As of Dec. 15, investors had net bought 51.4 million euros (US$58.2 million) of Hermes stock thus far this year, with the rate of return on their investment estimated at 33.7 percent.

This figure is higher than the 22.2 percent return for Tesla Inc., the most net bought stock by retail investors among companies listed on foreign stock markets.

However, Kering SA, which holds luxury brand Gucci, was the third most net bought stock by individual investors among those listed on the French stock market, but the stock actually turned in a loss of 2.4 percent.

Samsung Securities Co. noted that women in their 30s accounted for the largest share of investors who bought shares of foreign luxury brands, including Hermes (28.5 percent), Louis Vuitton (29.7 percent) and Kering (25.9 percent).