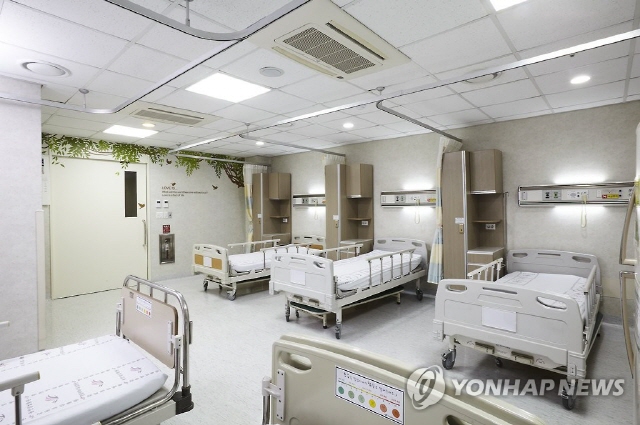 SEOUL, Jun. 20 (Korea Bizwire) — Starting next month, the cost of hospital wards that can accommodate two to three people will be cut by half thanks to changes in public health insurance policies.

In addition, the cost of dental implant surgeries for senior citizens over 65 years of age will fall drastically.

The Ministry of Health and Welfare announced the changes stemming from the newly revised National Health Insurance Act scheduled to take effect from July 1.

According to the revised bill, 15,217 hospital wards with two to three beds will be covered by public health insurance.

For a three-bed ward, hospitalized patients will now need to pay only 40 percent of the total cost, and 50 percent for two-room wards for first-tier general hospitals.

At second-tier general hospitals, the discount rates are 70 percent and 60 percent, respectively.

In the case of dental services, meanwhile, senior citizens over 65 years of age will be paying 20 percent less for dental implant surgeries, as the new insurance policy will cover 70 percent of the total dental bill, up from the previous 50 percent.

However, the new policy is only aimed at helping patients with partial tooth problems. Those with an edentulous jaw will not be eligible for the discount.