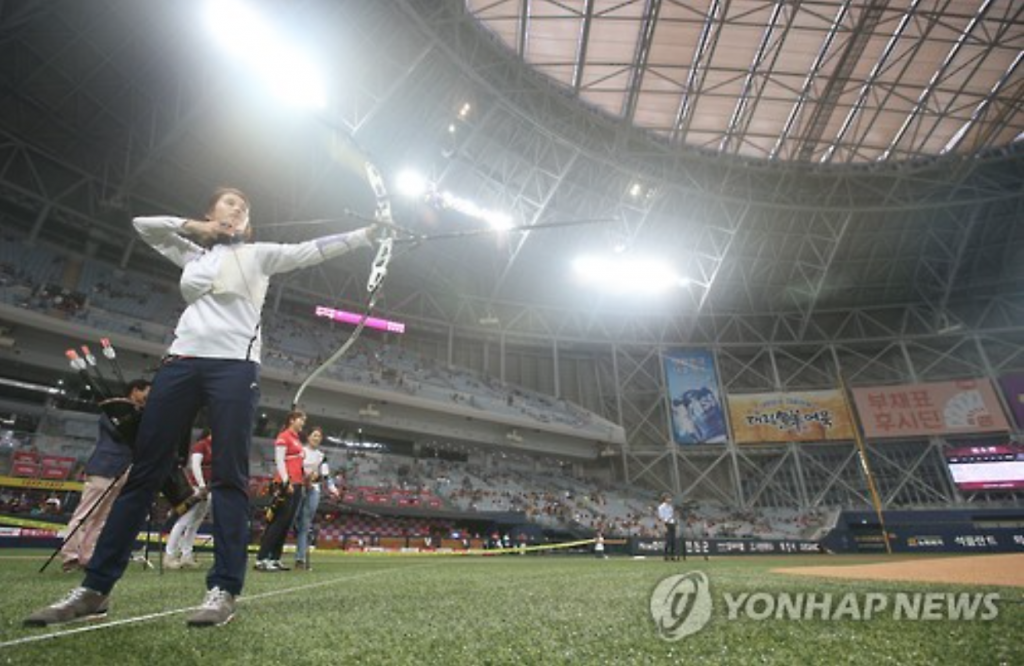 The Korean women’s team has claimed the past seven gold medal titles at the Summer Olympics, and it is determined to keep the streak going. (image: Yonhap)

SEOUL, July 4 (Korea Bizwire) – The Korean Women’s archery team for the Rio 2016 Summer Olympics showed up for practice Sunday, but not at their usual archery center. Instead, team members appeared at a domed baseball stadium.

The three members of the Olympics team – Jang Hye-jin, Ki Bo-bae, Choi Mi-sun – arrived at Gocheok Sky Dome in Seoul, prior to a professional baseball match between the Nexen Heroes and Kia Tigers. It was a mock exam for the team to practice away from the usual silence-filled archery center, and train amidst thousands of spectators and bright stadium lights, all to boost confidence and prepare for the upcoming games in Brazil.

The opponents were members of the national squad – Kang Chae-young, Hong Su-nam, Jeon Sung-eun – to further add to the event’s pressurizing nature. Jang Hye-jin and Kang Chae-young had a fiercely competitive match during April’s final selection contest for the Olympics team. 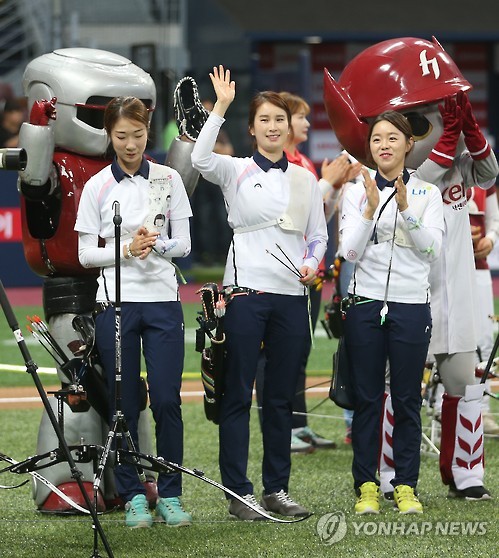 The players took turns to shoot their arrows at a target some 70 meters into the outfield under heightened tension. The competition was broadcast on the stadium’s electronic display boards and their focus was wavered by the cheering fans of Nexen and Kia.

The Olympic squad showed their nerves at the beginning, giving away the first set to the national squad. But they soon fought back with recovered composure, winning the next three sets to triumph with a final score of 6 – 2.

“I think the covered rooftop made the targets feel farther than they actually are, and with a huge crowd, I was frankly a little nervous,” said Choi Mi-sun, who is currently ranked first in the world. “The stadium was almost windless so I tried to keep my composure as true to the basics as possible. I’m satisfied with today’s results, and it was a good experience.”

The Korean women’s team has claimed the past seven gold medal titles at the Summer Olympics, and it is determined to keep the streak going.