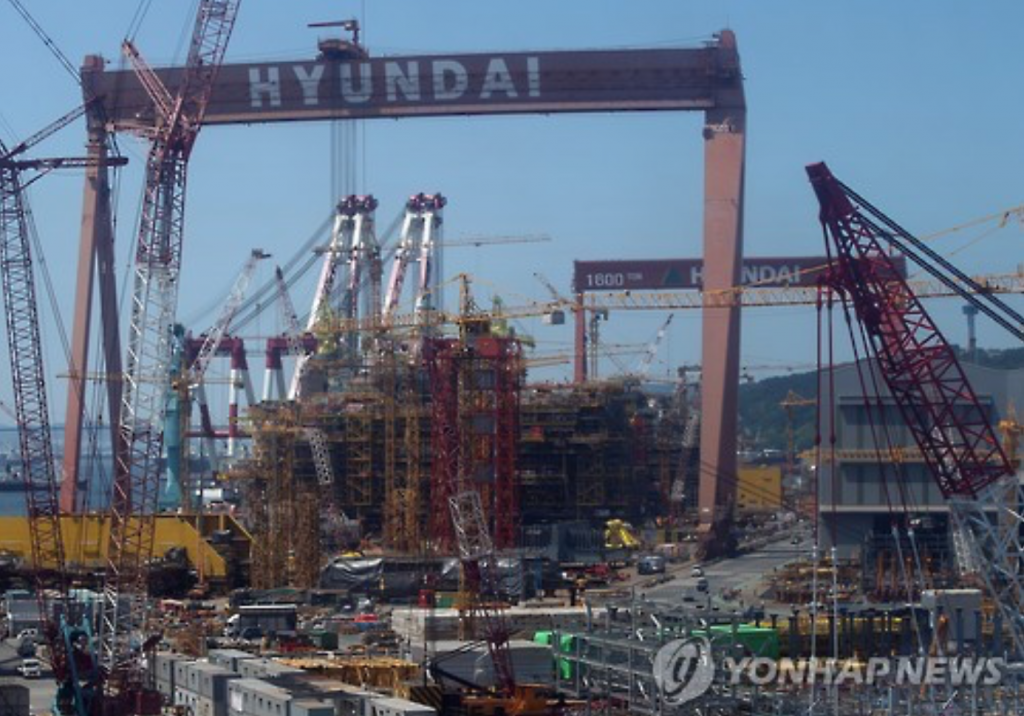 Hyundai Heavy Industries Co. and its affiliates have clinched orders worth a combined $2.3 billion so far this year to build 39 ships, with Hyundai Heavy securing $1.4 billion worth of orders alone. (image: Yonhap)

SEOUL, May 29 (Korea Bizwire) – Cautious optimism is spreading that South Korean shipbuilders may be able to pull out of a drawn-out slump on the back of rising new orders, industry sources said Monday.

According to the sources, Samsung Heavy Industries Co., one of the country’s top three shipbuilders, has recently clinched a US$100 million deal to build two LNG carriers from a local shipping firm, raising this year’s total orders to $2.3 billion, to build 12 ships in total.

Samsung Heavy is also expected to bag a $2.5 billion deal to build a floating LNG facility soon, meeting 74 percent of its annual order target of $6.5 billion, the sources said.

Hyundai Heavy Industries Co. and its affiliates have clinched orders worth a combined $2.3 billion so far this year to build 39 ships, with Hyundai Heavy securing $1.4 billion worth of orders alone.

Their new order tally marks roughly an over 30 percent rise from the same period a year earlier, sources said.

Market watchers said demand for very large crude carriers (VLCCs) has been on the rise because of a fall in their building prices. According to the data compiled by Clarkson Research Institute, VLCC newbuilding prices fell to the lowest level in 14 years in March.

To capitalize on the low newbuilding prices, shipping firms around the globe are in a rush to order VLCCs to replace their aged ships.

“New shipbuilding orders have increased, but in terms of volume, it is true that the figure is still not enough to stave off concerns over a fall in orders,” said Kim Hong-kyun, an analyst at Dongbu Securities. “But demand for VLCC and LNG carriers is rising, and it will help alleviate much of the concerns facing the shipyards.”