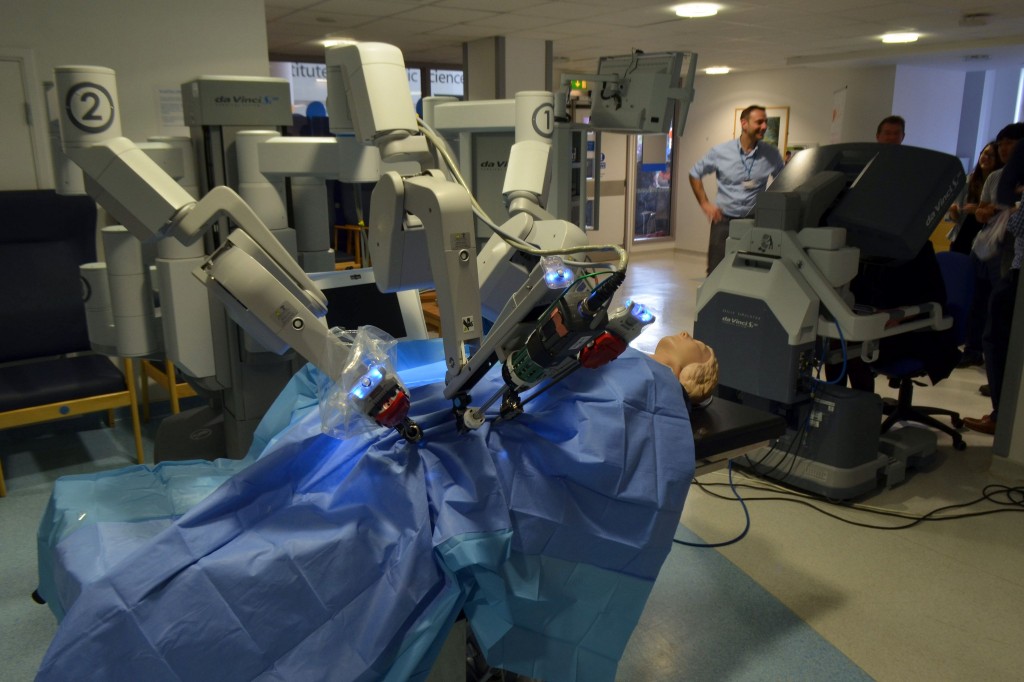 Robot-assisted surgery has been attracting much attention, particularly for its strikingly high cost. (Image Courtesy of Wikimedia)

SEOUL, May 27 (Korea Bizwire) – Robot-assisted surgery has been attracting much attention, particularly for its strikingly high cost.

Catherine Mohr, the vice president of medical research at Intuitive Surgical, defended robot-assisted surgery in a lecture titled ‘Surgery’s Past, Present, and Robotic Future’ at the Westin Chosun Hotel in Seoul, in which she explained, “Any new state-of-the-art technology is expensive at first. The price will decrease once robot-assisted surgery is commercialized for the general public.” However, the topic continues to generate debate in medical circles as well as in the general public.

In her lecture, Mohr went on to explain that the history of robot-assisted surgery is rather short – less than 20 years. According to Mohr, during its early phases, the development of the most prominent robot surgery assistance technology called ‘Da Vinci’ was for the purpose of creating a remote surgical system required for a modern battlefield.

The technology was first introduced in January of 1999, and offered high accuracy in surgical operations via a system consisting of a high-definition screen and robotic arms that allowed surgeons to operate on areas hidden from view or unreachable by human hands. Robot-assisted surgical equipment is currently being used in various fields such as urology, gynecology, thoracic surgery, and otolaryngology. 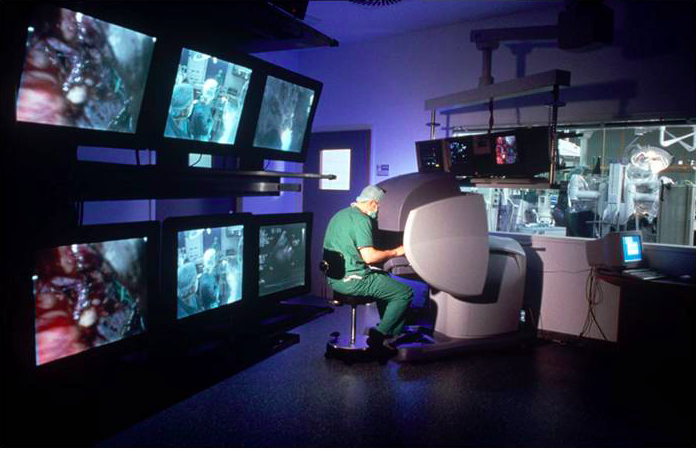 “Perhaps if specialists from the fields of medicine, mechanical engineering, and computer engineering all work together, artificially intelligent robot-assisted surgery will be a reality in our future,” said Catherine Mohr, the vice president of medical research at Intuitive Surgical. (Image Courtesy of Wikipedia)

“Robot-assisted surgery technology is highly advanced to the point that the machine functions almost like a real human hand. It is designed in a wrist formation and greatly helps the doctor’s movements to be absolutely precise,” said Mohr in response to critics.

“Special safety features also greatly reduce the danger involved in surgical procedures, and Da Vinci has been used in the education of medical professionals as well through simulation,” she added.

Artificial intelligence is another topic that has often been mentioned in relation to Da Vinci equipment. Nonetheless, Da Vinci cannot be categorized under A.I. in that despite the system’s high proficiency in robot-assisted surgical operations, it is still not autonomous and requires the hands of an actual medical professional to carry out each action.