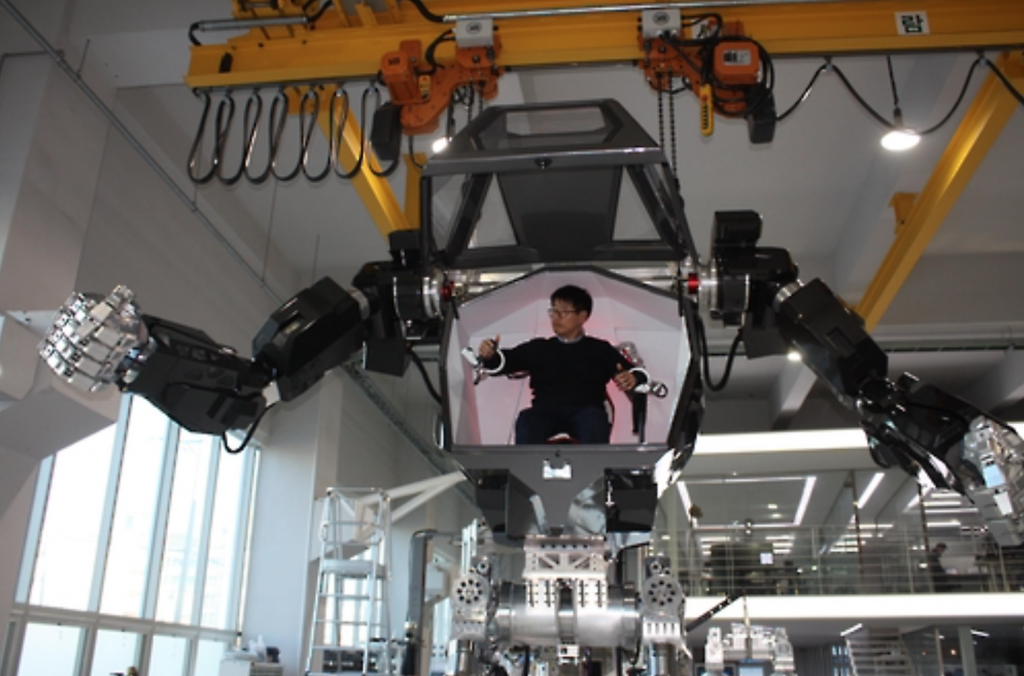 The 4-meter-tall and 1.5-ton Method 2 robot has gone viral on social media after video footage of the robot walking like a human was released, particularly for its resemblance to the military robots starring in the blockbuster “Avatar.” (image: Yonhap)

Yang Jin-ho, the 45-year-old chairman of Hankook Mirae Technology, said his childhood dream of manufacturing robots, inspired by animated robot films, such as “Robot Taekwon V” and “Mazinger Z,” was behind the development of the giant manned walking robot named Method 2.

The 4-meter-tall and 1.5-ton Method 2 robot has gone viral on social media after video footage of the robot walking like a human was released, particularly for its resemblance to the military robots starring in the blockbuster “Avatar.”

Designed by Vitaly Bulgarov, who has previously worked on blockbuster movie series, including “Transformers” and “Terminator,” the machine is controlled by a pilot who sits inside the robot’s torso.

Still, Method 2 can slowly walk on flat ground. It is impossible for the robot to climb a gentle slope.

“So far, no company in the world has produced a similar giant biped walking robot,” Yang told Yonhap News Agency in an interview. “I’m proud that our technological competitiveness is already the world’s best.”

Yang said the company plans to “unveil an electric sports car that can transform into a robot” next year.

The chairman, who had been involved in information technology businesses over the past two decades, began work to build robots in 2010.

With a budget of 20 billion won (US$16.6 million), it takes about one year for the company to build the prototype model of Method 2, Yang said.

It is unclear how much the price tag of the Mecha will be, but Yang hinted that the price could be set at around $10 million.

Asked how Mecha will be used, Yang replied it is “a matter to be chosen by customers.”

But Yang said he plans to deploy Method 2 at the wrecked Fukushima nuclear power plant to help decommission its nuclear facilities.

To that end, Yang established the company’s subsidiary in Japan.