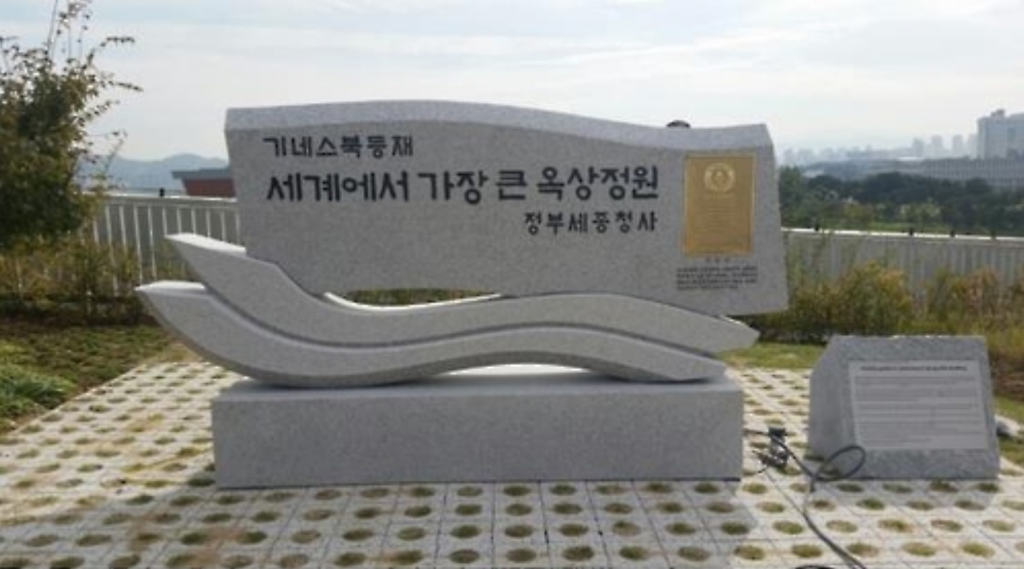 A monument to mark the rooftop garden’s entry into the Guinness Book of World Records as the world’s largest garden on a rooftop to date. (image: Yonhap)

SEOUL, Oct. 17 (Korea Bizwire) – The rooftop garden at the government complex in Sejong, central South Korea, has been officially recognized by Guinness World Records as the world’s largest garden on a rooftop to date, government officials said Monday.

Government officials, including Vice Interior Minister Kim Sung-lyul, unveiled a monument on the roof to mark the rooftop’s entry into the Guinness Book of World Records.

The garden, connected with bridges over the 15 separate buildings of the complex on 550,000 square meters, has a length of 3.6 kilometers and a size of 79,194 square meters.

It also has 1.17 million kinds of plants and three trails — the pampas grass trail, the wild grass trail and the wide trail.

The rooftop garden is open to the public twice a day from March through June and September through December.