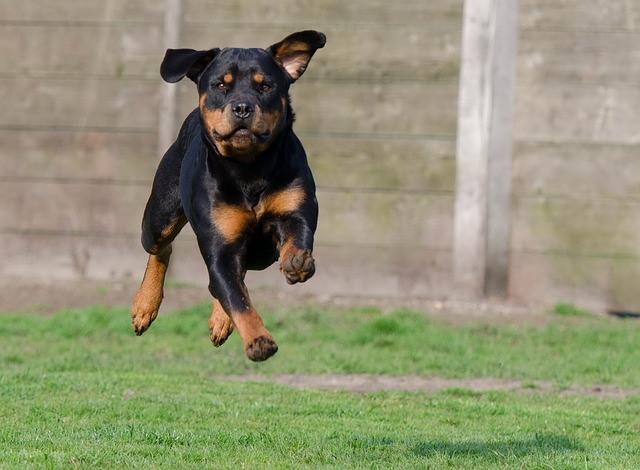 Under current animal protection laws, owners of fierre dogs should keep their dogs on a leash and muzzled when going outside with them. (image: Pixabay)

SEOUL, July 31 (Korea Bizwire) — A Rottweiler attacked and bit a Spitz strolling with its owner, resulting in the smaller dog’s death, and raising public anger in South Korea.

Public criticism of the owner of the Rottweiler and animal protection laws is mounting after a series of testimonies claimed that the Rottweiler was poorly cared for and had been involved in several similar attacks before.

As of Thursday, more than 22,000 netizens had signed a petition titled “The owner of the ferocious Rottweiler should be prevented from raising a dog” posted on the official online petition site run by the presidential office.

The accident occurred in an alley of Bulgwang-dong in Eunpyeong District, Seoul on July 25.

According to CCTV video released publicly, the Rottweiler was without a leash and a muzzle and ran for more than 2 meters to bite the small Spitz, which was out for a walk with its owner.

It took just 15 seconds for the small Spitz, which had lived for 11 years with its owner, to die. The owner of the Rottweiler belatedly ran to separate the two dogs, but failed.

A neighbor who witnessed the accident posted the petition on the Blue House’s online petition site.

“The owner of the Rottweiler has released the dog without a leash on the street for a long time. This was the fifth time that the dog attacked someone. Nonetheless, he still lives together with the dog without being punished,“ a neighbor said.

Under current animal protection laws, owners of fierce dogs should keep their dogs on a leash and muzzled when going outside with them.

This law, however, is facing mounting criticism since its punishment for violators is too weak. As the maximum punishment is no more than a fine of 3 million won (US$2,500), some critics say the law is nothing but a mere scrap of paper.