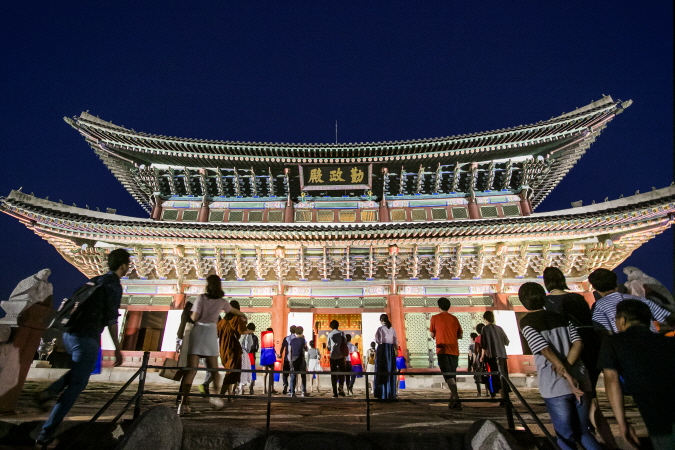 Many Koreans visit their hometowns for ancestral rituals and spend time with their families during the holiday.

But if you’re planning to spend the Chuseok holiday in Seoul, visiting royal palaces and tombs, national museums and parks in the city can be a good option.

Four royal palaces in Seoul, including Deoksu Palace at the heart of the capital, will keep their doors open throughout the extended four-day holiday to admit holiday visitors without admission fees.

The four — Gyeongbok, Changdeok, Deoksu and Changgyeong — which, along with Gyeonghui Palace — represent the five major Joseon-era royal palaces, will temporarily do away with their admission frees during the traditional Korean holiday season from Sept. 12-15.

The UNESCO-recognized Royal Tombs of the Joseon Dynasty in the capital and its surrounding areas and major heritage sites will also remain open during the holiday to let in visitors without charging fees, according to the government.

The decision is part of the government’s efforts to promote domestic tourism during the long holiday season when many Koreans often opt for overseas tours.

As part of the policy, the National Museum of Modern and Contemporary Art will also open up its outlets in central Seoul, Gwacheon and Deoksu Palace for free admission from Sept. 12-14, while the National Science Museum will give a 50 percent discount on ticket purchases during the holiday season.

During the holiday season, a variety of tour programs featuring 20 heritage villages in South Korea will also be available.

They include Bongpyeong of Pyeongchang in Gangwon Province, the setting for the famous novel “When Buckwheat Flowers Bloom” by prominent novelist Lee Hyo-seok; the city of Icheon, famous for ceramics; and Jeju Island’s Hwabuk, the site of the Jeju Uprising from April 1948 to May 1949.