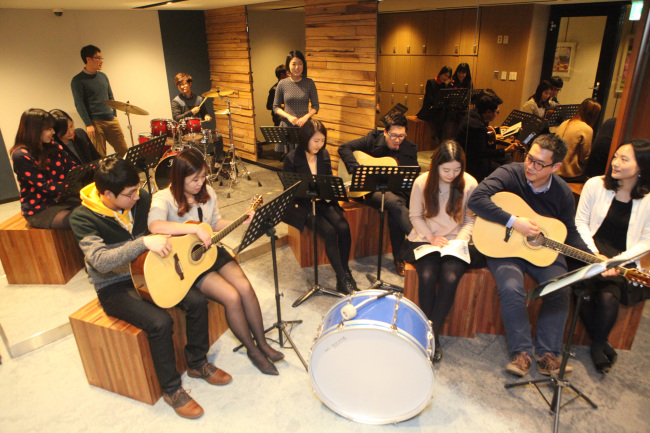 More customers are registering in evening classes at some retailers, including Hyundai Department Store, which increased after-work programs by 10 to 20 percent for this year’s June-August period at its chain. Registrants in the 20s-30s age group accounted for 25.7 percent of the total, nearly double the 13.1 percent recorded last year, Hyundai officials said.

The revised law requires companies with 300 or more employees to restrict maximum weekly working hours to 52, down from the current 68, starting July 1, a measure intended to spur hiring and job sharing. Some companies started applying the rule early. Smaller firms will introduce the system according to a phased schedule.

Galleria Department Store also increased the number of classes held after 6 p.m. It said registration by people in their 20s and 30s increased more than 30 percent over spring classes.

Classes on offer vary from fitness lessons, such as yoga and ballet, to language, travel, photography and musical instruments. Galleria’s branch in Suwon, south of Seoul, has classes for customers seeking official accreditation as florists or art therapists.

Lotte Mart said it, too, saw a registration increase of 20 to 30 percent compared with summer classes last year. It is now offering classes from 6 p.m. instead of 7 p.m.