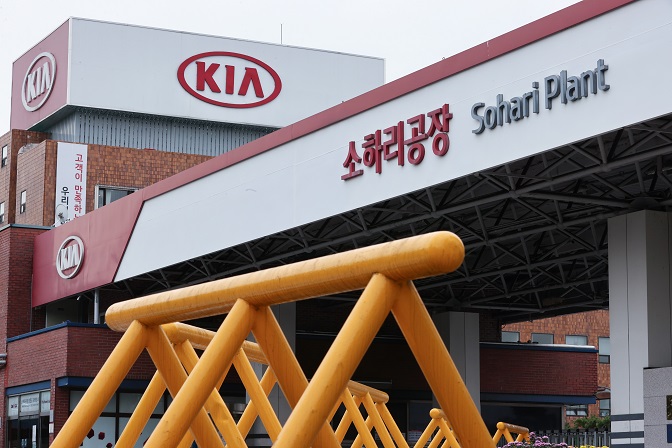 In a vote by 27,050 members of the labor union, 58.6 percent, or 15,856, agreed to the company’s proposals, including 1 1/2 months of merit-based remuneration, 1.2 million won (US$1,080) in special COVID-19 allowance and 1.5 million won in gift certificates per person, instead of freezing basic pay, according to a company official.

It is the first time since 2009, when the global economic crisis was weighing on vehicle sales, that Kia workers have tentatively agreed to a freeze in their basic pay.

The deal comes after Kia workers held partial strikes at the carmaker’s domestic plants for 14 working days in the past four weeks, resulting in production losses of 47,000 vehicles.

From January to November, the maker of the K5 sedan and the Sorento SUV sold 2.39 million vehicles, down 6.1 percent from 2.55 million units a year earlier, due to weak demand amid the pandemic.

Meanwhile, its bigger affiliate Hyundai Motor Co. in September reached a wage agreement without a strike for the second consecutive year.