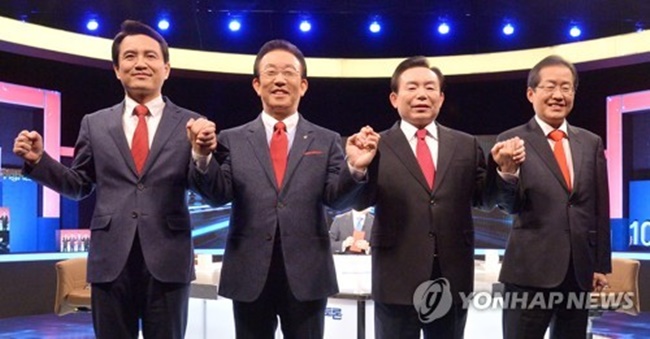 SEOUL, March 30 (Korea Bizwire) – From the beginning of a presidential campaign, fundraising is one of the most daunting tasks facing each candidate struggling to pay for campaigners, office rental contracts and media advertising, to name a few, observers said Wednesday.

Then, a series of questions arise about how much and through what methods presidential hopefuls can raise funds and whether their election-year expenditures can be recouped after the May 9 presidential vote.

For the early election triggered by the recent ouster of Park Geun-hye over a corruption scandal, the National Election Commission (NEC) has put a ceiling on election funds for each candidate at 50.9 billion won (US$45.5 million).

The massive funds can be raised through a number of methods under the strict supervision of the election watchdog.

The most common way is to collect donations from individual supporters. Under the election funding law, corporate bodies, public servants, private-school teachers and foreigners are banned from extending any donations to a candidate.

Each donor is allowed to contribute up to 20 million won during the entire election process that includes the intra-party nomination race. The total amount of individual donations must not exceed 5 billion won, or 10 percent of the funding cap, NEC officials said.’

Such donations are crucial for cash-strapped presidential aspirants whose financial challenge begins even before they are nominated as their parties’ flag bearers.

Another oft-used way to raise funds is borrowing money from citizens by creating a personal election fund.

During the 2012 presidential election, Park Geun-hye, the then candidate of the Saenuri Party, a precursor to the Liberty Korea Party, created a fund worth 25 billion won. Her liberal rival Moon Jae-in of the Democratic United Party, currently the Democratic Party, collected 30 billion won through his own fund.

Park and Moon paid back the money after the election watchdog reimbursed their campaign expenditures.’ 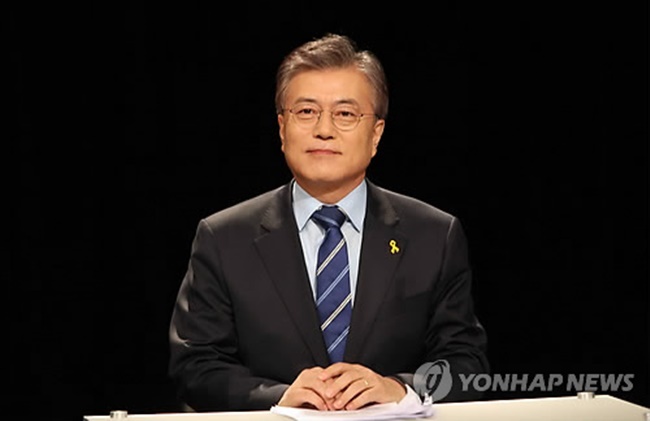 This photo, taken on March 28, 2017, shows Moon Jae-in, a former leader of the Democratic Party, attending a debate in Busan, 453 kilometers south of Seoul. (Image: Yonhap)

To promote equal campaign opportunities, the NEC will make up all of the money spent during an election if a candidate wins 15 percent or more of the valid votes cast on the election day. Those who garner between 10 to 15 percent of the votes can get half of their expenses paid back, while those who fail to reach 10 percent recoup no money.

The reimbursement is in line with Article 116 of the Constitution that stipulates that “expenditures for elections shall not be imposed on political parties or candidates.”

Candidates are required to apply to recoup their campaign spending within 20 days of the election. The NEC, then, will carry out its inspection and review of the costs and offer the money from the state coffers within 70 days of the vote, or by July 18.