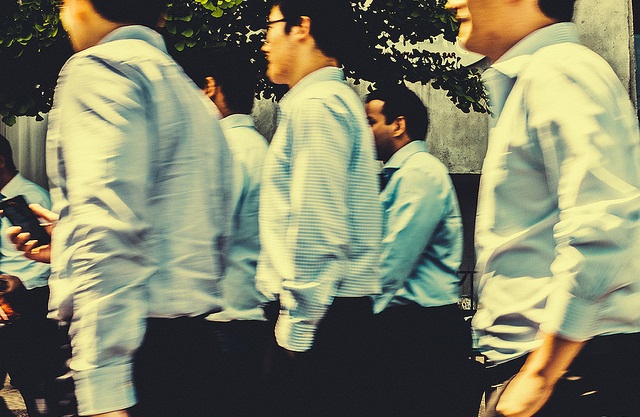 The government has recently finalized the draft for a guideline to strengthen the job security of non-permanent employees.(image:Sonny Abesamis/flickr)

SEOUL, Aug. 4 (Korea Bizwire) — From now on, companies switching non-regular workers to the status of regular ones must fully recognize the past years of service as part of their career. This is important for those serving long years as non-permanent workers because it would affect their salary levels and promotion.

According to the Ministry of Strategy and Finance and the Ministry of Employment and Labor on July 31, the government has recently finalized the draft for a guideline to strengthen the job security of non-permanent employees.

In the guideline, there are provisions on the definition of non-permanent workers who are eligible for the regular employee status. Anyone who has continued to work for more than two years and is expected to perform the same job in the future is entitled to the status upgrade. In addition, those contract workers whose length of contract time is unlimited are defined as regular workers in the guideline.

Based on this draft, the government will announce the final plan in October after undergoing a review process with labor experts and public hearings. It will also sign a guideline compliance agreement with ten or so workplaces with more than 300 non-permanent workers to encourage the status switch.